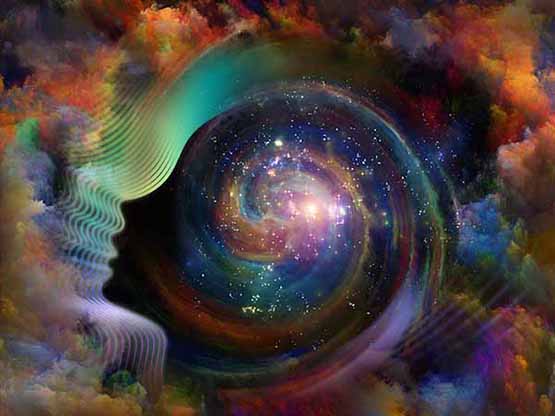 Everything you believe, whether true or false, is encoded in your DNA which attracts experiences to clarify and verify the experience. In childhood we learn what our parents, school, and religious training teaches us. As we get older we are programmed to question everything. Esoteric topics often come to the forefront in teenage years when we realize there is more to reality then its physical components. Media and the Internet has helped us we formulate our beliefs systems.

Is there an afterlife? Does reincarnation exist? One must study the nature of reality as a holographic construct in which we play many roles simultaneously - to find that answer.


Your Childhood Beliefs on Afterlife Stick With You   Live Science - November 5, 2014
Childhood beliefs about the soul and afterlife stick with people as they age, shaping their views in adulthood, even if they say otherwise, a new study finds. The study is the first to examine explicit, or stated, and implicit, or longstanding but not consciously admitted, beliefs on the soul and afterlife, said researcher Stephanie Anglin, a doctoral student in psychology at Rutgers University. She examined how these personal beliefs develop, change and persist from childhood through adulthood. Implicit beliefs can be difficult to measure, so Anglin designed an experiment that tested what words people immediately associated with the soul and the afterlife.

"My starting point was, assuming that people have these automatic - that is, implicit or ingrained - beliefs about the soul and afterlife, how can we measure those implicit beliefs?" Anglin said in a statement.

Though the study is small, it may open the doors for future research on how childhood creed can influence later attitudes on social, political and moral issues, such as capital punishment, creationism and stem cell research, she said.

Views of the soul

The students, with an average age of 18, used a 9-point scale to rate statements about how much they believed in the soul and afterlife when they were 10 years old and now. Students also did a word-pairing test known to reveal their implicit religious beliefs. In that part of the study, participants sorted words into categories that were flashed on a computer screen.

The students' current implicit beliefs on the soul and afterlife were similar to what they recalled thinking as children, Anglin found. But their implicit beliefs did not match their stated explicit beliefs, those they reported believing in now.

The findings echo a comparable study, published in 2009 in the Journal of Personality and Social Psychology, about perceptions of the soul. Researchers in that study asked people whether they would sign a contract agreeing to sell their souls for $2 to an experimenter. "Almost nobody signed, even though the researchers told them it wasn't actually a contract and would be shredded right away," Anglin said.

The study, however, has several limitations. The students had to recall their childhood beliefs, and their memories may have been faulty. Also, Anglin only looked at American college students, and the results may not extend to other age groups or cultures, she said. Moreover, the test used to find implicit beliefs may not accurately measure the students' implicit thoughts. "For example, participants' automatic associations of the soul with real rather than fake stimuli may reflect a general importance or positive valence ascribed to the soul, rather than an underlying belief about its existence," Anglin said.

But the research may also open avenues for future studies on whether beliefs in the soul or afterlife are connected to certain social or political issues. "It would be really useful to have a longitudinal study examining the same ideas," Anglin said. "That is, study a group of people over time, from childhood through adulthood, and examine their beliefs about the soul and afterlife as they develop."