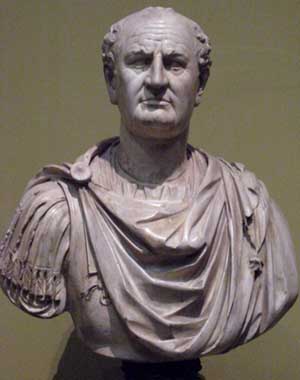 9th Emperor of the Roman Empire


Little factual information survives about Vespasian's government during the ten years he was Emperor. Vespasian spent his first year as a ruler in Egypt, during which the administration of the empire was given to Mucianus, aided by Vespasian's son Domitian. Modern historians believe that Vespasian remained there in order to consolidate support from the Egyptians.

In mid-70, Vespasian first came to Rome and immediately embarked on a widespread propaganda campaign to consolidate his power and promote the new dynasty. His reign is best known for financial reforms following the demise of the Julio-Claudian dynasty, such as the institution of the tax on urinals, and the numerous military campaigns fought during the 70s.

The most significant of these was the First Jewish-Roman War, which ended in the destruction of the city of Jerusalem by Titus. In addition, Vespasian faced several uprisings in Egypt, Gaul and Germania, and reportedly survived several conspiracies against him. Vespasian helped rebuild Rome after the civil war, adding a temple to peace and beginning construction of the Flavian Amphitheatre, better known as the Colosseum.

Vespasian died of natural causes on June 23, 79, and was immediately succeeded by his eldest son Titus. The ancient historians that lived through the period such as Tacitus, Suetonius, Josephus and Pliny the Elder speak well of Vespasian while condemning the emperors that came before him.

Vespasian was known for his wit and his amiable manner alongside his commanding personality and military prowess. He could be liberal to impoverished Senators and equestrians and to cities and towns desolated by natural calamity. He was especially generous to men of letters and rhetors, several of whom he pensioned with salaries of as much as 1,000 gold pieces a year. Quintilian is said to have been the first public teacher who enjoyed this imperial favor. Pliny the Elder's work, the Natural History, was written during Vespasian's reign, and dedicated to Vespasian's son Titus.

Vespasian distrusted philosophers in general, viewing them as unmanly complainers who talked too much. It was the idle talk of philosophers, who liked to glorify the good times of the Republic, that provoked Vespasian into reviving the obsolete penal laws against this profession as a precautionary measure. Only one, Helvidius Priscus, was put to death after he had repeatedly affronted the Emperor by studied insults which Vespasian had initially tried to ignore, "I will not kill a dog that barks at me," were his words on discovering Priscus's public slander.

Vespasian was indeed noted for mildness when dealing with political opposition. According to Suetonius, he bore the frank language of his friends, the quips of pleaders, and the impudence of the philosophers with the greatest patience. Though Licinius Mucianus, a man of disputable reputation as being the receiver in homosexual sex, treated the Emperor with scant respect, Vespasian never criticized him publicly but privately uttered the words: "I, at least, am a man." He was also noted for his benefactions to the people, much money was spent on public works and the restoration and beautification of Rome: a new forum, the Temple of Peace, the public baths and the great show piece, the Colosseum. 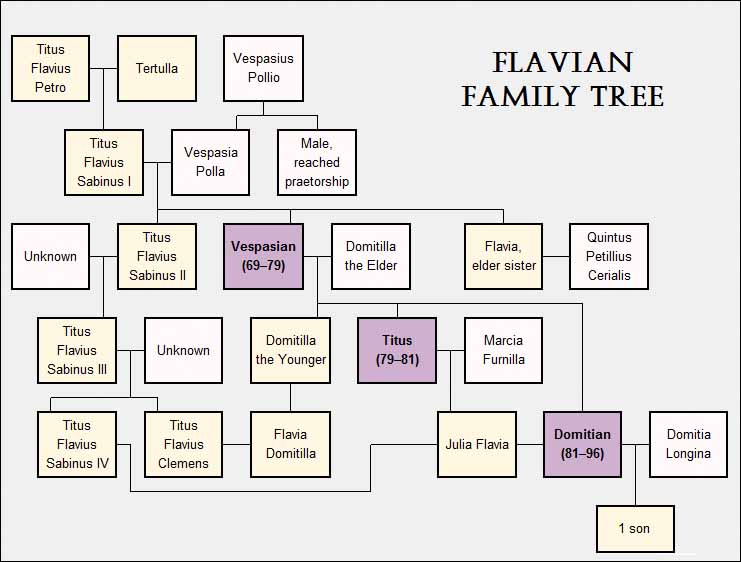