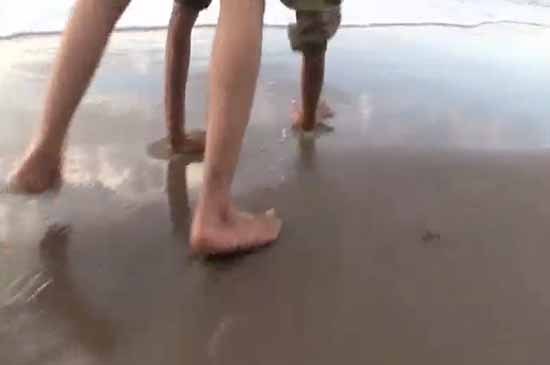 Uner Tan syndrome - Uner Tan syndrome, Unertan syndrome or UTS is a syndrome proposed by the Turkish evolutionary biologist Uner Tan. According to Tan, persons affected by this syndrome walk with a quadrupedal locomotion and are afflicted with "primitive" speech and severe mental retardation. Tan postulated that this is an example of "backward evolution". The proposed syndrome was featured in the 2006 BBC2 documentary "The Family That Walks On All Fours". Read more ...


Humans walking on all fours is not backward evolution   Science Daily - July 17, 2014
Five siblings in the family, who live in a remote corner of Turkey, walk exclusively on their hands and feet. Since they were discovered in 2005, scientists have debated the nature of their disability, with speculation they represent a backward stage of evolution. An anthropologist finds quadrupedal humans with Uner Tan Syndrome do not walk in the diagonal pattern characteristic of nonhuman primates such as apes and monkeys.

Contradicting earlier claims, "The Family That Walks on All Fours," a group of quadrupedal humans made famous by a 2006 BBC documentary, have simply adapted to their inability to walk upright and do not represent an example of backward evolution, according to new research by Liza Shapiro, an anthropologist at The University of Texas at Austin.

Five siblings in the family, who live in a remote corner of Turkey, walk exclusively on their hands and feet. Since they were discovered in 2005, scientists have debated the nature of their disability, with speculation they represent a backward stage of evolution. <> One study shows that contrary to previous claims, people with the family members' condition, called Uner Tan Syndrome (UTS), do not walk in the diagonal pattern characteristic of nonhuman primates such as apes and monkeys.

According to a theory developed by Uner Tan of Cukurova University in Turkey, people with UTS are a human model for reverse evolution, or "devolution," offering new insights into the human transition from four-legged to two-legged walking.

Previous research countering this view has proposed that the quadrupedalism associated with UTS is simply an adaptive response to the impaired ability to walk bipedally in individuals with a genetic mutation, but this is the first study that disproves claims that this form of walking resembles that of nonhuman primates.

The study's co-authors are Jesse Young of Northeast Ohio Medical University; David Raichlen of the University of Arizona; and Whitney Cole, Scott Robinson and Karen Adolph of New York University.As part of the study, the researchers analyzed 518 quadrupedal walking strides from several videos of people with various forms of UTS, including footage from the BBC2 documentary of the five Turkish siblings, "The Family That Walks on All Fours." They compared these walking strides to previous studies of the walking patterns of healthy adults who were asked to move around a laboratory on all fours.

According to the findings, nearly all human subjects (in 98 percent of the total strides) walked in lateral sequences, meaning they placed a foot down and then a hand on the same side and then moved in the same sequence on the other side. Apes and other nonhuman primates, however, walk in a diagonal sequence, in which they put down a foot on one side and then a hand on the other side, continuing that pattern as they move along.

"Although it's unusual that humans with UTS habitually walk on four limbs, this form of quadrupedalism resembles that of healthy adults and is thus not at all unexpected," Shapiro says. "As we have shown, quadrupedalism in healthy adults or those with a physical disability can be explained using biomechanical principles rather than evolutionary assumptions."

The study also shows that Tan and his colleagues appeared to have misidentified the walking patterns among people with UTS as primate-like by confusing diagonal sequence with diagonal couplets. Sequence refers to the order in which the limbs touch the ground, while couplets (independent of sequence) indicate the timing of movement between pairs of limbs. People with UTS more frequently use diagonal couplets than lateral couplets, but the sequence associated with the couplets is almost exclusively lateral.