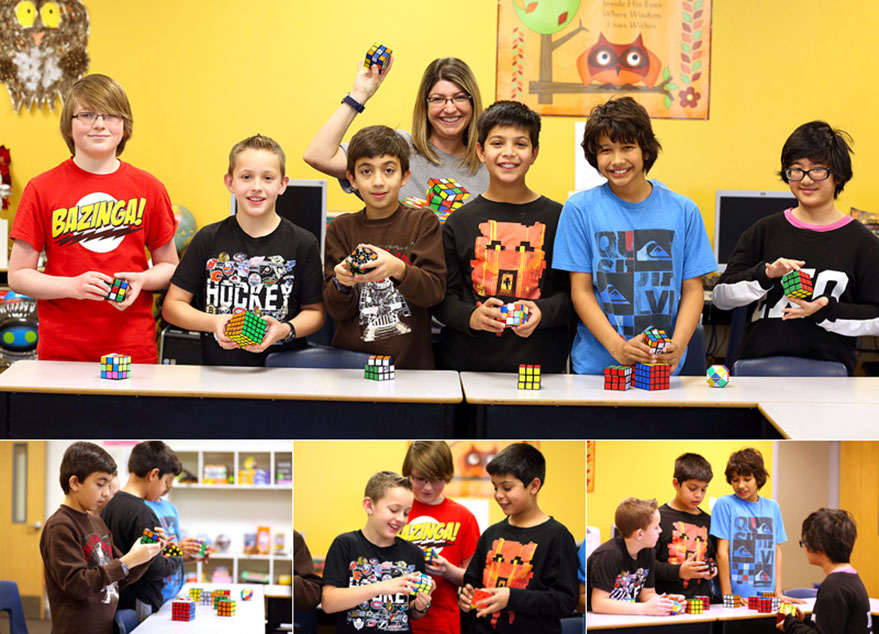 In less than 1 minute, a scrambled mix of colors on a Rubik's Cube suddenly looks perfect with six completed color-blocked sides.

Students at Chaparral Elementary School in the Higley Unified School District have mastered the task of solving one of life's most challenging puzzles and hope to put that skill on display this spring when they compete in the Arizona SciTech Festival's Rubik's Cube Regional Competition on March 28, 2015.

Students began learning their skills with gifted resource teacher Tracy Carlucci last October. "That was when we first came together and realized we really had something amazing!" she said.

Using a free rental kit from the website "You CAN Do the Cube," student s discovered that with hard work and perseverance they could unlock the solution to this mysterious puzzle.

"I think what surprised me the most was their ability to self-teach," Ms. Carlucci said. "When I began this project, my intention was to teach them the patters and algorithms to solve the cube, but eventually the students ended up teaching themselves. They discovered there is not just one way to solve it and are able to use whatever strategy works best for their individual ability. I believe the eight 5th and 6th grade students on the competitive team will do really well at the ASU competition this year."

The students practiced showing off their skills on Saturday, January 24th in front of a large audience at the Higley Education Expo held at SanTan Village, much to the amazement of the audience. The students were very confident and maintained their focus even with loud cheering crowds and cameras flashing.

Students talk strategy two or three times a week during lunch meetings with the Rubik's Club at Chaparral. They also spend countless hours at home honing their skills in an effort to better their individual time.

"They are meticulous when it comes to assessing their time," Ms. Carlucci said.

"Students who are natural problem-solvers are very competitive and know that even a hundredth of a second can cost us the competition. It's intense."

The team competition requires eight students to work together to complete twenty-five cubes as they race against the clock and the other teams. The team with the best time receives the trophy.

Fifth grader Owen Alzubi said, "It's a little scary, but a lot of fun. We help each other to complete all the cubes. It doesn't matter who does more, as long as we finish them all as fast as we can. This is the first time I have figured out how to solve a Rubik's cube. I am so excited to be a part of Ms. Carlucci's team. I want to show everyone that I can finally do it!"

Gavin Haase, another 5th grade student, said he took about a week to figure it all out. His present time is just over one minute. "It is challenging and fun at the same time," he said. "I have all different types of cubes now and work on them every free moment I have."

"Seeing their classmates solve the cube inspires others to join the lunch-time lessons," Ms. Carlucci said. "The team performed for all the 3rd through 6th grade classes last quarter and suddenly Rubik's Cubes are popping up all over campus. I think the teachers think they are distracting for students, but I believe they are the best lesson in problem-solving and perseverance that children can possibly get."

LeAnn Nguyen and Jennifer Molina, both 6th grade students, are just two of the girls to join the team this year. LeAnn said, "It's a process where you can get faster and faster with practice and I want to keep getting faster and faster. I like showing off my ability to solve it. I look at how the colors are aligned and use a mathematical algorithm to re-position them in the correct place," she said.

"Everyone who wants to learn is welcome to join in, even if they just want to watch," Ms. Carlucci said. "I think the students have a lot of fun meeting new friends and sharing a common goal. It is also wonderful to watch them stick with something for a long period of time and not give up," she said. "Perseverance is a challenge for this generation of children, so anything we can do to foster this character trait is critical. We now see perseverance coming up as one of the Arizona math standard, and there is definitely a reason for it!" 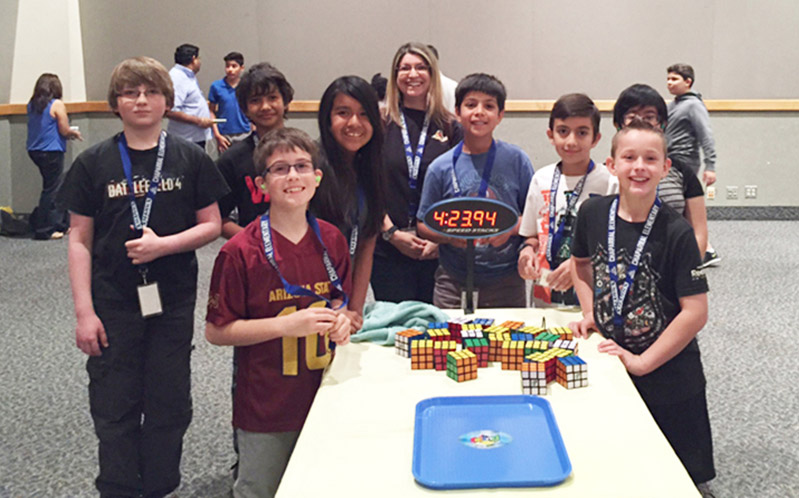 A team of fifth and sixth graders from Higley Unified School District's Chaparral Elementary School participated March 28 in the Regional Rubik's Cube Competition at the ASU SciTech Festival at ASU West in Glendale. The team of eight students had to solve 25 cubes as fast as they could. Their final time was 4 minutes and 22 seconds, placing them seventh in the state. The team was led by teacher Tracy Carlucci, who formed the team last fall. Read more ... 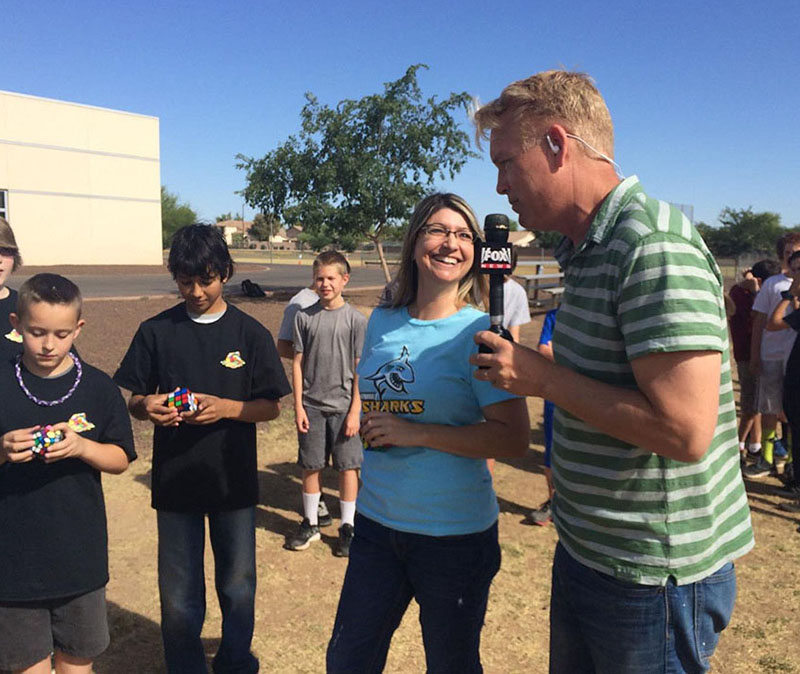