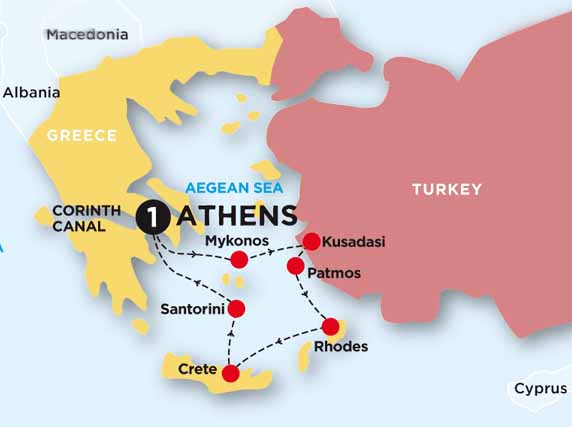 Santorini is an island in the southern Aegean Sea, about 200 km (120 mi) southeast of Greece's mainland. It is the largest island of a small, circular archipelago which bears the same name and is the remnant of a volcanic caldera. The island is the site of one of the largest volcanic eruptions in recorded history: the Minoan eruption (sometimes called the Thera eruption), which occurred some 3600 years ago at the height of the Minoan civilization. Unlike other ancient civilizations that flourished in that timeline, the Minoans were a peaceful seafaring people with a highly advanced culture ... until Thera erupted 3600 years ago. Their history would take us to the Ancient Greek program in the hologram of our reality. Read more ...

There has been ongoing earthquake activity in that region for months, if not years, which begs the question, "Will Santorini, classically the volcano Thera, erupt again in our timeline?" Plato linked Thera to Atlantis. Many people have projected the rise of Atlantis at the end of the hologram.