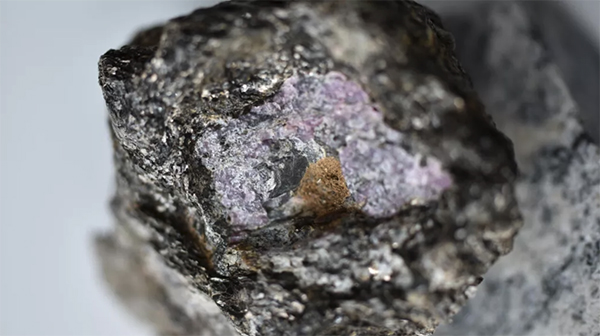 
The planet's oldest rubies, sparkling red gemstones made up of a transparent red mineral called corundum, are found in Greenland. While searching for rubies in the North Atlantic Craton of southern Greenland, a group of researchers discovered a hidden surprise in one of them: graphite, a pure form of carbon, that may be the remains of ancient microbial life.

The team concluded the graphite came from an ancient life-form, after they analyzed the ratio of different versions, or isotopes, of carbon in the graphite, according to the statement. More than 98% of the carbon on the planet has a mass of 12 atomic mass units, but some carbon atoms are heavier, with a mass of 13 or 14 atomic mass units.

At the time this ancient bacteria likely lived, the planet did not have much oxygen - an indispensable element for complex life - so the only life that could eke out an existence were teeny microbes and algae films. Cyanobacteria are thought to be some of the first life on Earth, and through billions of years of converting sunlight into chemical energy, they gradually produced the oxygen necessary for complex life to eventually evolve.