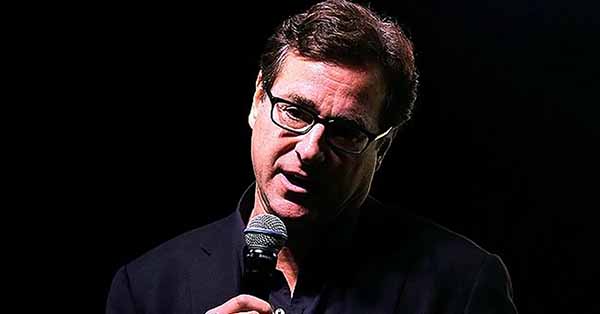 I'm not a fan of sitcoms though I understand why people watch them as reflections of certain subsets of society they can relate to. I remember Bob Saget as a cast member of "Full House' though I never watched the show. On the outside Bob was a humorous guy but there was a depressive energy about him that I always picked up on. His humor reminded me of other Jewish comedians I met along the way or grew up with.

Bob's role in Full House - as the squeaky-clean dad Danny Tanner - was in stark contrast to his reputation for dirty humor in his stand-up routines. This week many comedians have paid tribute to their friend Bob with great emphasis on his raunchy comedy routines.

Humor is often a way of coping with mental illness and tragedy. Bob died on what would have been his sister Gay's 75th birthday - she in turn died from scleroderma - an autoimmune disease which goes with depression. Another sister Andrea died of a brain aneurysm and twin siblings died at birth. Bob is quoted as saying, "My parents lost four kids, and we dealt with death and difficulty through odd, sick humor. My dad just ended up with a strange sense of humor and I inherited it and took it to a professional level. Dad used humor to help us survive. I like to joke that he touched a lot of people, and they're all pressing charges now."

You have to wonder if Bob surmised he would die young by today's standards after his family history (DNA programming). The concept of death and afterlife would have fascinated Bob and makes me wonder if he ever found Crystalinks in search of answers about the other side.