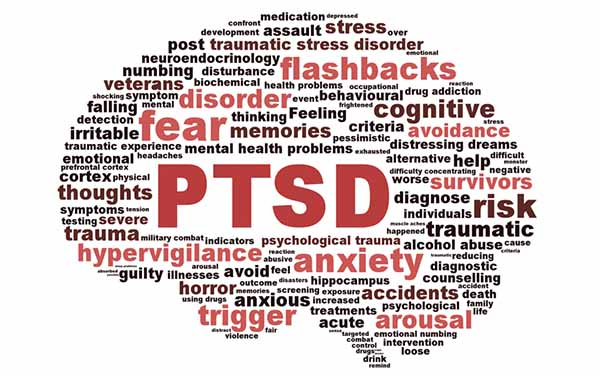 Post-traumatic Stress Disorder is a mental and behavioral disorder that can develop because of exposure to a traumatic event, such as sexual assault, warfare, traffic collisions, child abuse, domestic violence, or other threats on a person's life.

Symptoms may include disturbing thoughts, feelings, or dreams related to the events, mental or physical distress to trauma-related cues, attempts to avoid trauma-related cues, alterations in the way a person thinks and feels, and an increase in the fight-or-flight response.These symptoms last for more than a month after the event.

Young children are less likely to show distress but instead may express their memories through play. A person with PTSD is at a higher risk of suicide and intentional self-harm.

Those who experience prolonged trauma, such as slavery, concentration camps, or chronic domestic abuse, may develop complex post-traumatic stress disorder (C-PTSD). C-PTSD is similar to PTSD but has a distinct effect on a person's emotional regulation and core identity.

Prevention may be possible when counseling is targeted at those with early symptoms but is not effective when provided to all trauma-exposed individuals whether or not symptoms are present. The main treatments for people with PTSD are counseling (psychotherapy) and medication.

Antidepressants of the SSRI or SNRI type are the first-line medications used for PTSD and are moderately beneficial for about half of people. Benefits from medication are less than those seen with counseling.

It is not known whether using medications and counseling together has greater benefit than either method separately.

Medications, other than some SSRIs or SNRIs, do not have enough evidence to support their use and, in the case of benzodiazepines, may worsen outcomes.

In the United States, about 3.5% of adults have PTSD in a given year, and 9% of people develop it at some point in their life. In much of the rest of the world, rates during a given year are between 0.5% and 1%. Higher rates may occur in regions of armed conflict. It is more common in women than men.

Symptoms of trauma-related mental disorders have been documented since at least the time of the ancient Greeks.

A few instances of evidence of post-traumatic illness have been argued to exist from the seventeenth and eighteenth centuries, such as the diary of Samuel Pepys, who described intrusive and distressing symptoms following the 1666 Fire of London.

During the world wars, the condition was known under various terms, including "shell shock" and "combat neurosis." The term "post-traumatic stress disorder" came into use in the 1970s in large part due to the diagnoses of U.S. military veterans of the Vietnam War.

It was officially recognized by the American Psychiatric Association in 1980 in the third edition of the Diagnostic and Statistical Manual of Mental Disorders (DSM-III). Read more 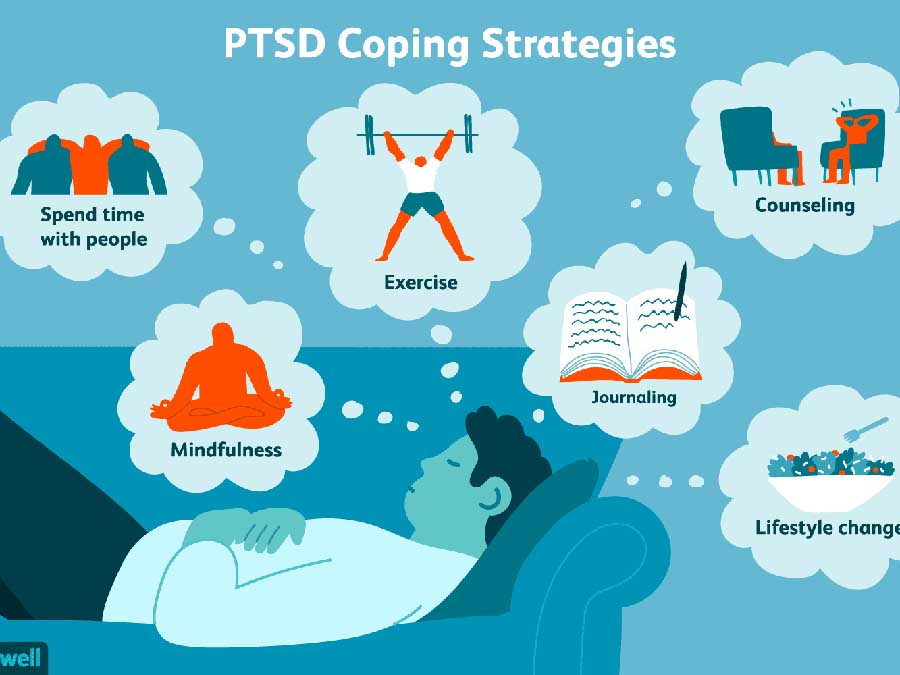 As a therapist, healer, and psychic reader, I having worked with thousands of people through the decades. Post-traumatic Stress Disorder is always associated with underlining mental health disorders that preexisted before the person had an experience activated their PTSD codes. It's one of many endless codes that allow people to let go of the stresses of dealing with every day life and drop out.

I often refer to it as a mini breakdown that definitely needs to be addressed with professional help, medication, and alternative methods that help the person balance their brain chemistry to cope with life.

People often self-medicate with recreational drugs and other substance because life just gets too hard to cope without them. This goes along with depression and anxiety disorders.