June begins on Saturday and with that we enter Gay Pride Month. Recently in the city, there has been several incidents of gay bashing, as violence seems to surface in every facet of life. Humans are just burned out. This morning I received email from David, a gay friend in the city. I love you David!

As I woke up this morning, I heard Judy Garland singing "Somewhere Over the Rainbow." ..... Y-E-S .... I realize I was on Fire Island where everything is GAY and about Judy Garland ! (haha). But, she was only playing in my head.

The day was gorgeous out on the island, too cold to lay on the beach, but I did manage to get a nice burn laying out by my friends' pool :) Funny how so much rain makes one appreciate the sunshine that much more. I was in LOVE with the day. The feeling I had in general was Love.

It's funny, but there are two distinct types of people on Fire Island -- those who will not look at you walking down the boardwalk, and those who smile and say 'hello'. Maybe that's true in all walks of life. On this day I could feel the hearts of those who engage opening up; while the others who keep their nose down, felt very shut-off / closed and cold.

As friends drove me back to Manhattan, they took me via Brooklyn (where they live) and dropped me at the Jay Street Station to catch the train the rest of the way ...... easy breezy :)

Yes, we heard on the radio that the Brooklyn Bridge was shut down due to an abandoned car on the bridge somewhere. (Did they just run out of gas? It just seemed like more fear mongering -- boring !). Luckily, traffic was fantastic and we had no problems anywhere. :)

Riding in the car, I glanced over at Manhattan. There, with wispy clouds in the sky, was a rainbow (!!). It's hard to see in the picture below, but, it was quite large and distinct. My friends saw it too. I took out my camera and snapped a couple of shots. 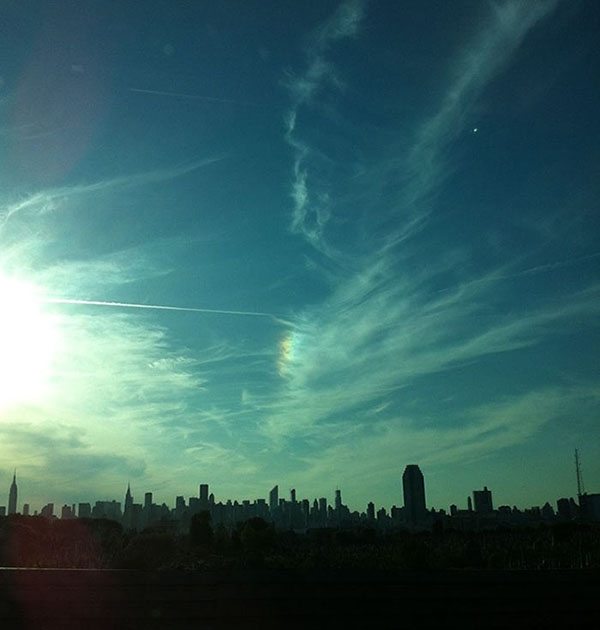 Upon enlarging, I noticed the faces of two men in the pics: a side profile on top of the rainbow and a front face immediately to the left of the rainbow. A contrail looks like it's drawing a line from the rainbow to the sun. Were the men watching over Manhattan? Does it perhaps have something to do with the recent wave of gay men being attacked? May we all be protected and watched over :)) 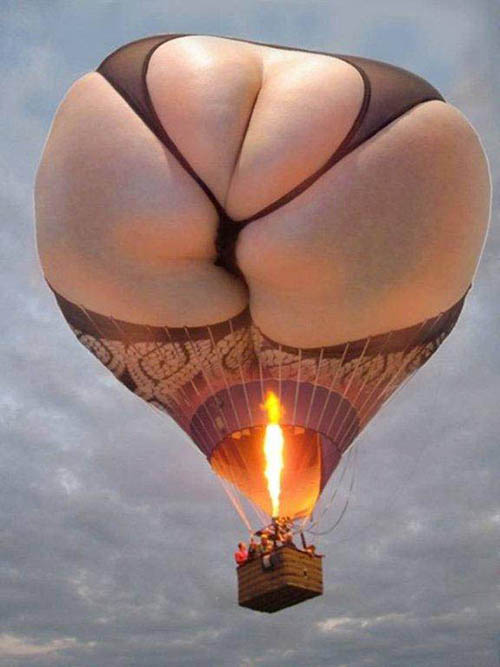 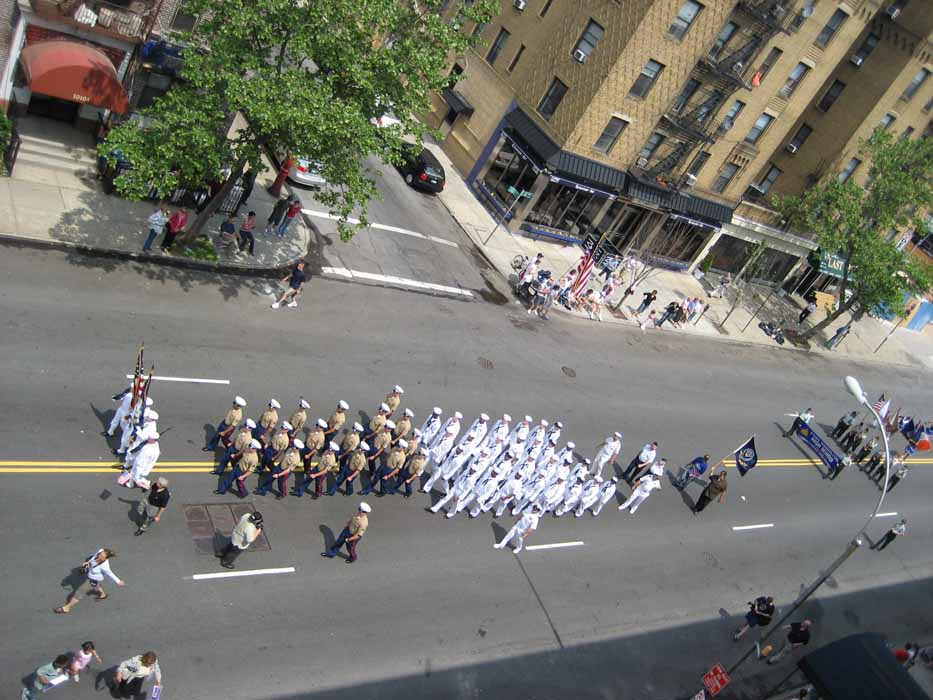 The annual parade kicks off with military, bikers, and men in antique cars making a whole lot of noise as they march down 4th Avenue. 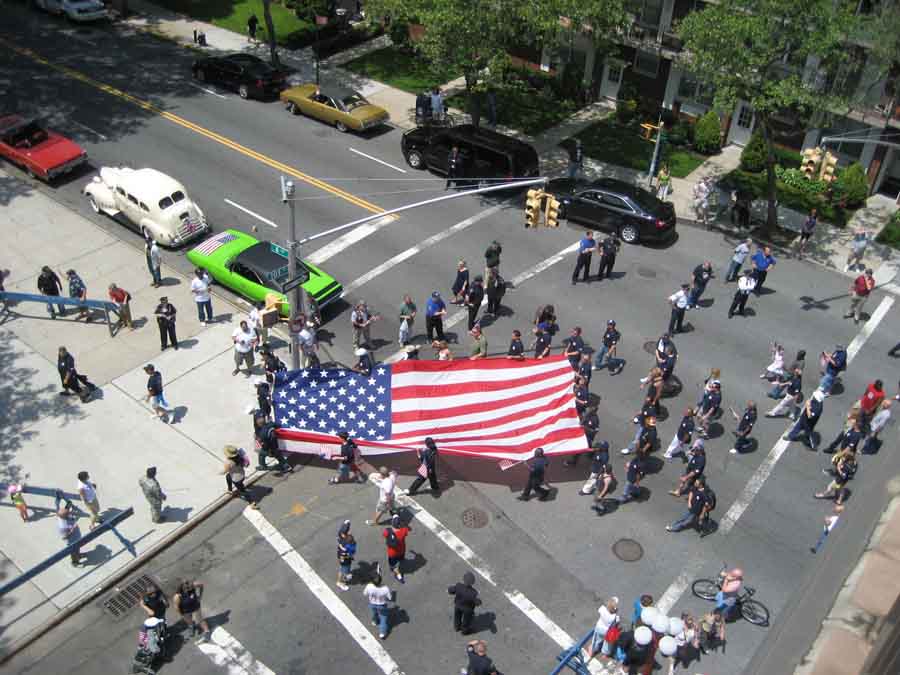 They are followed by marching bands and veterans in unusual vehicles who all enter historic John Paul Jones Park. 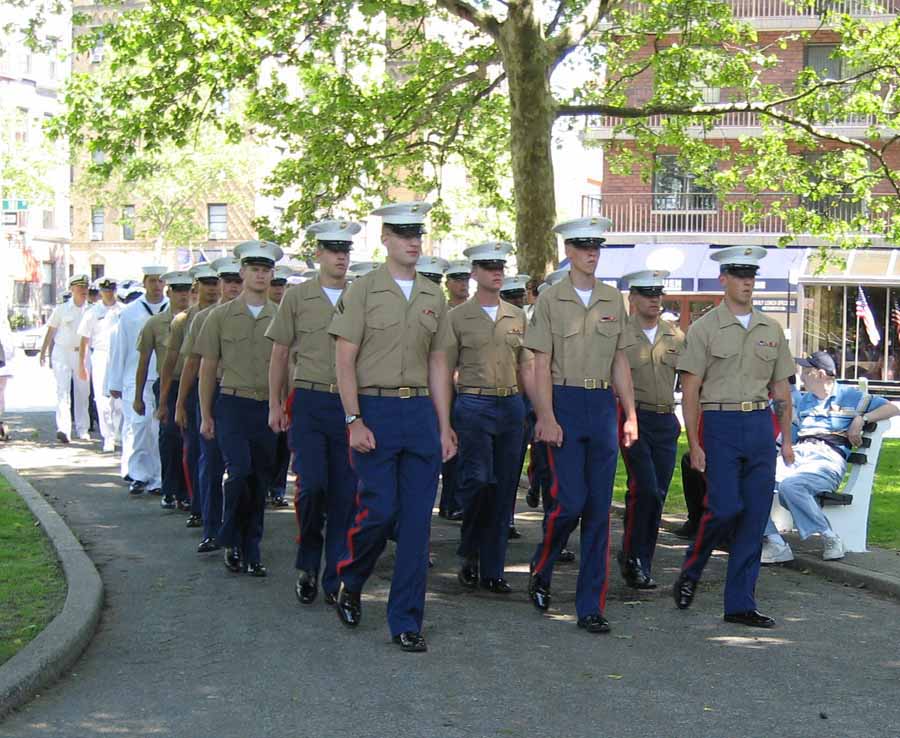 Next are the speeches by local politicians, members of the military, and sometimes music and other entertainment. 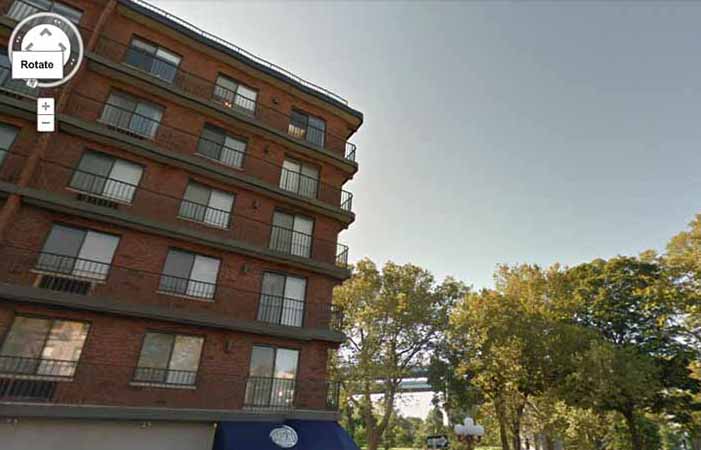 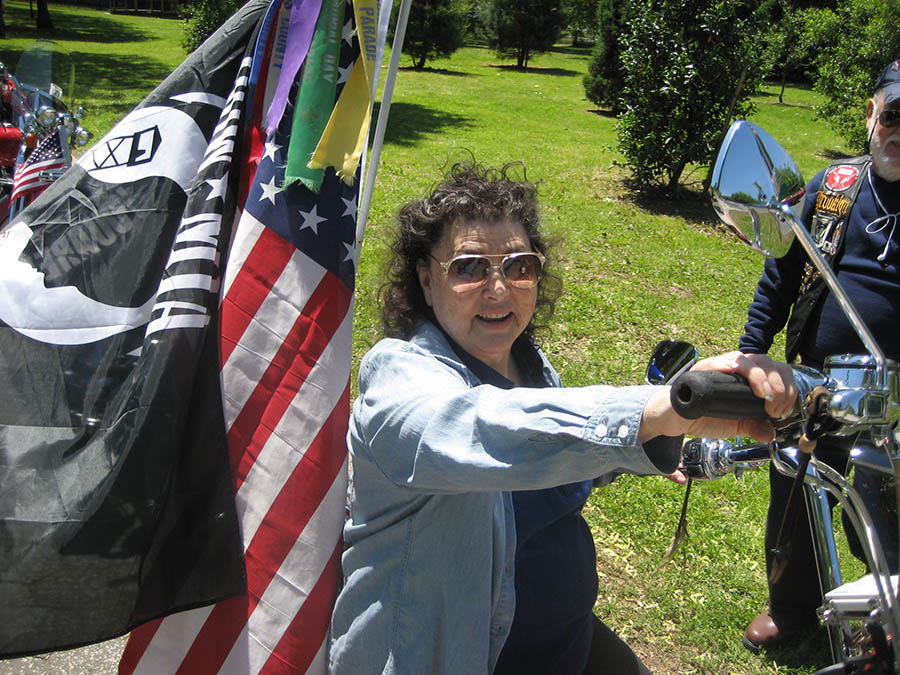 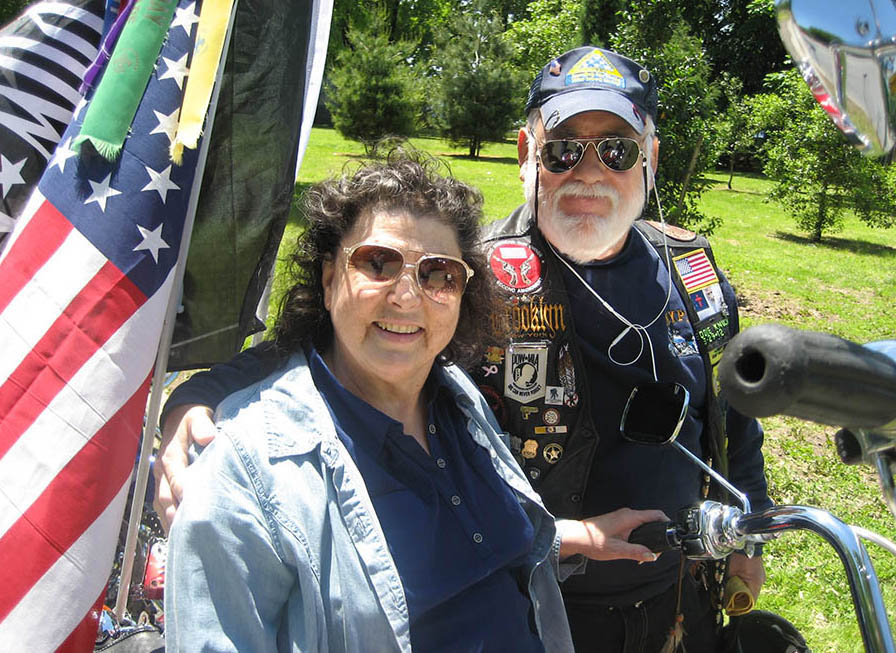 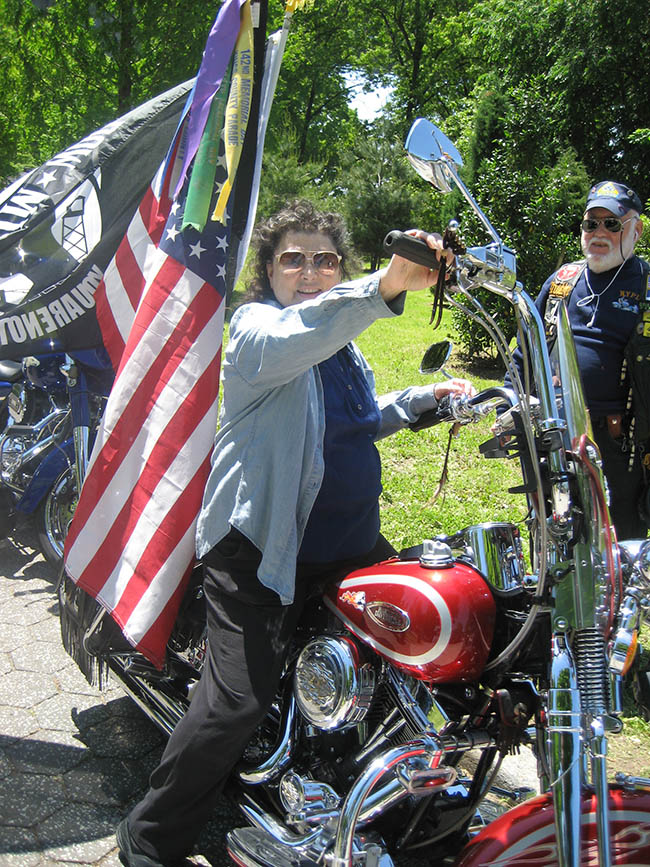 Some things are just classics 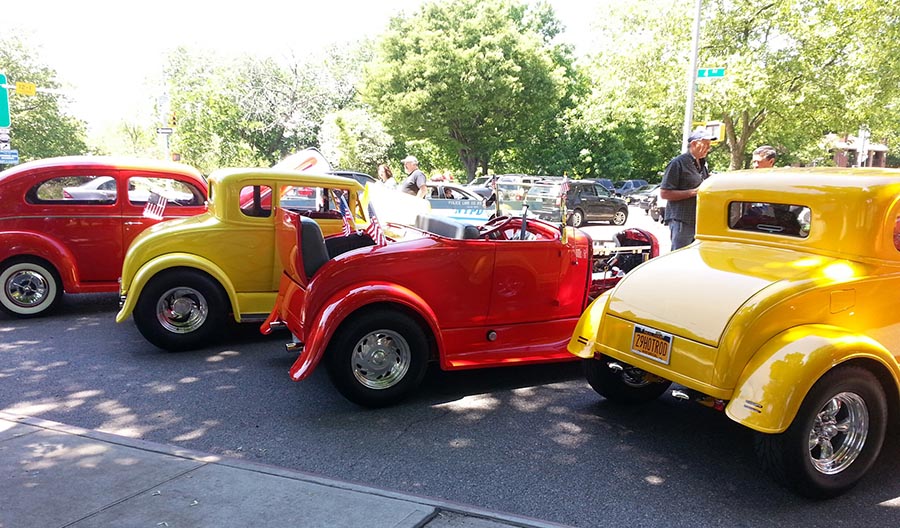 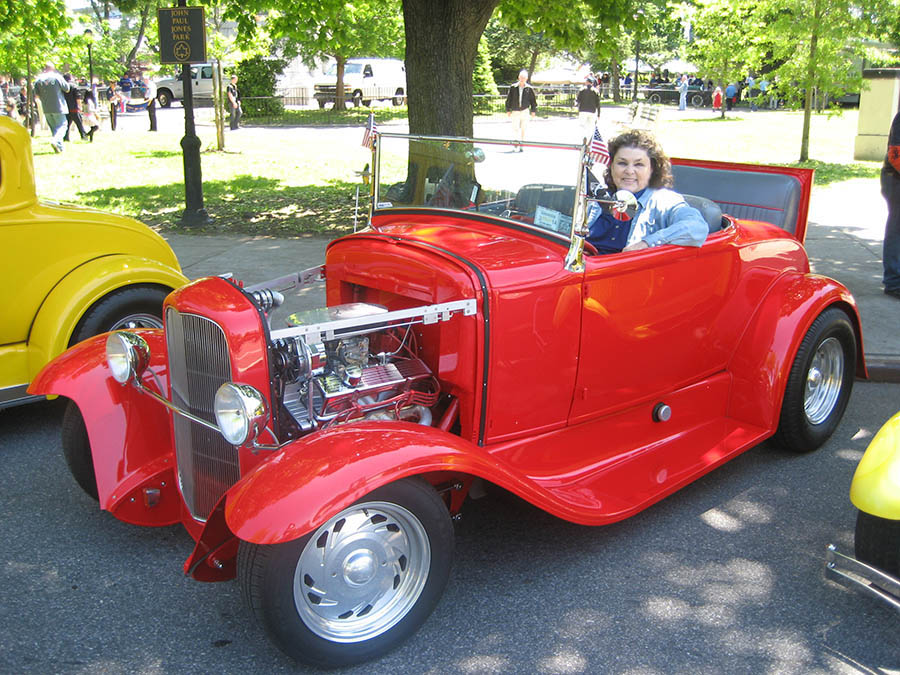 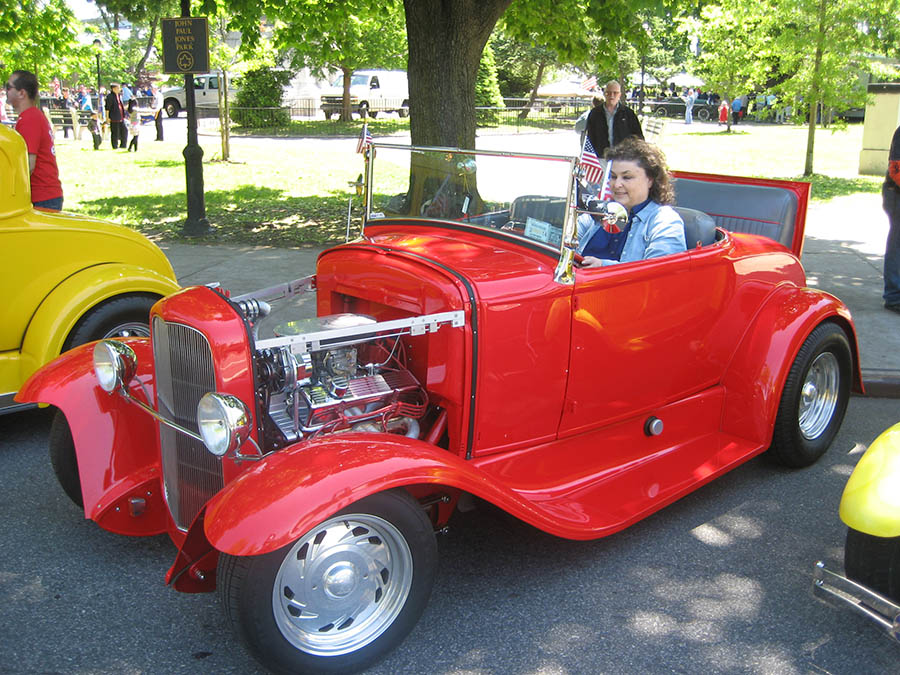 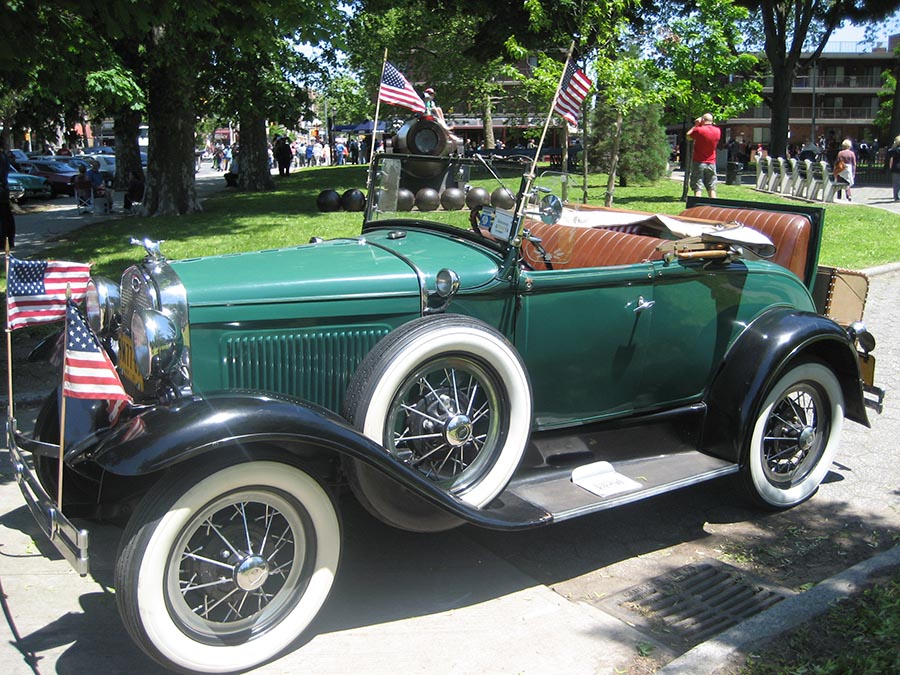 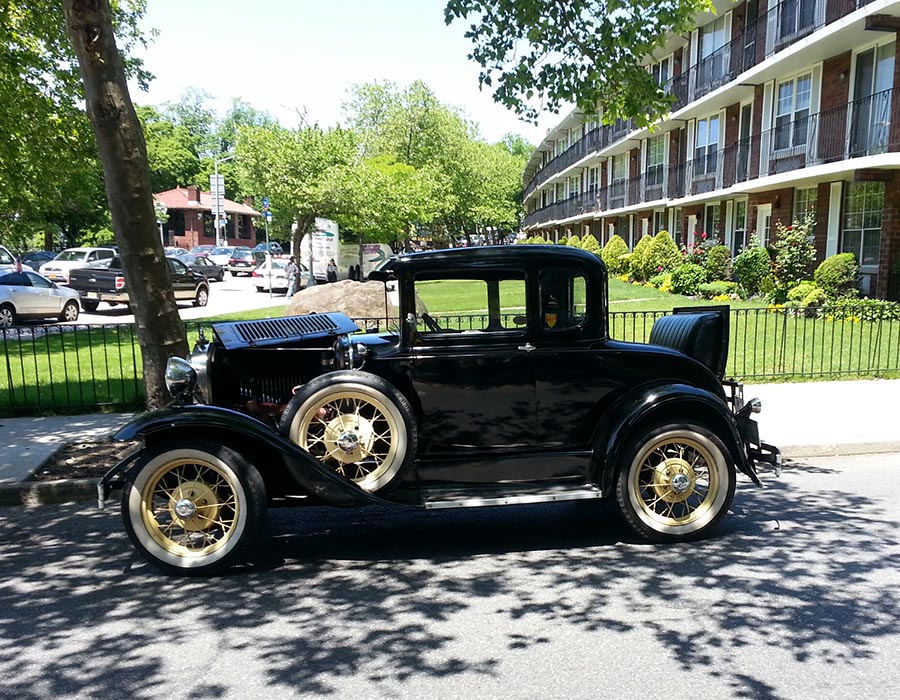 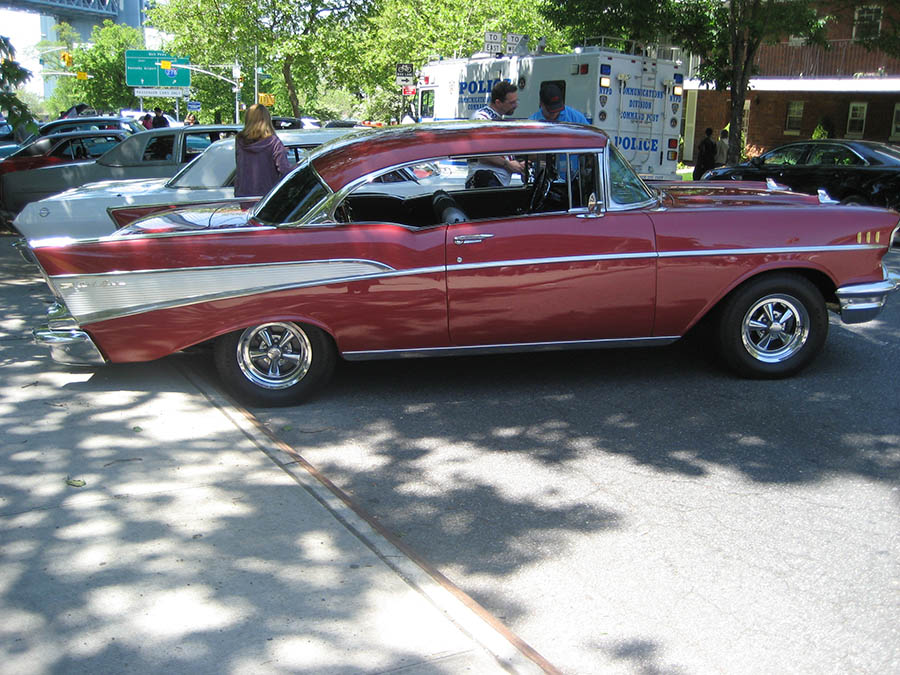 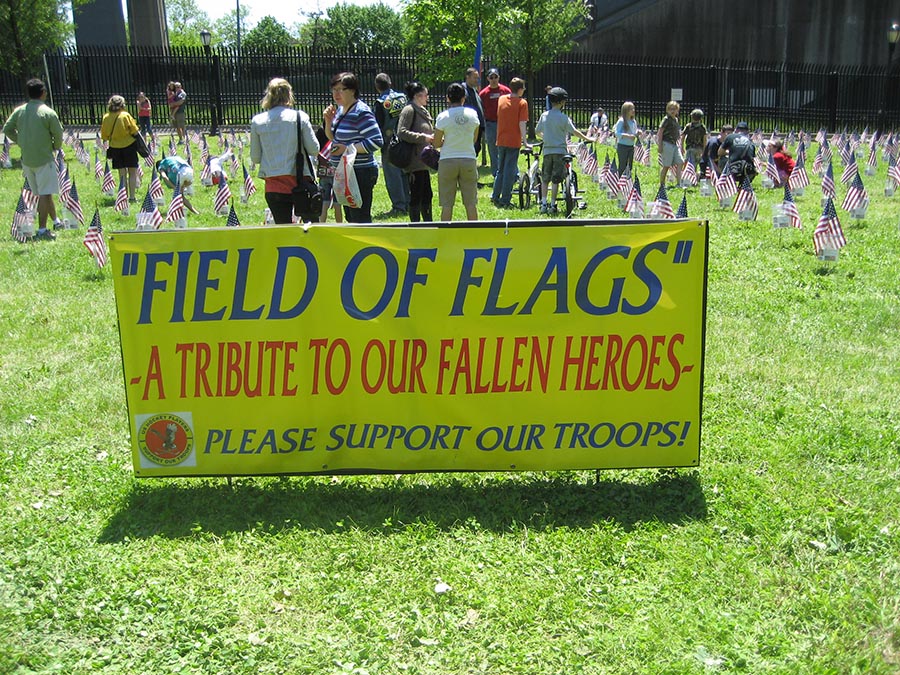 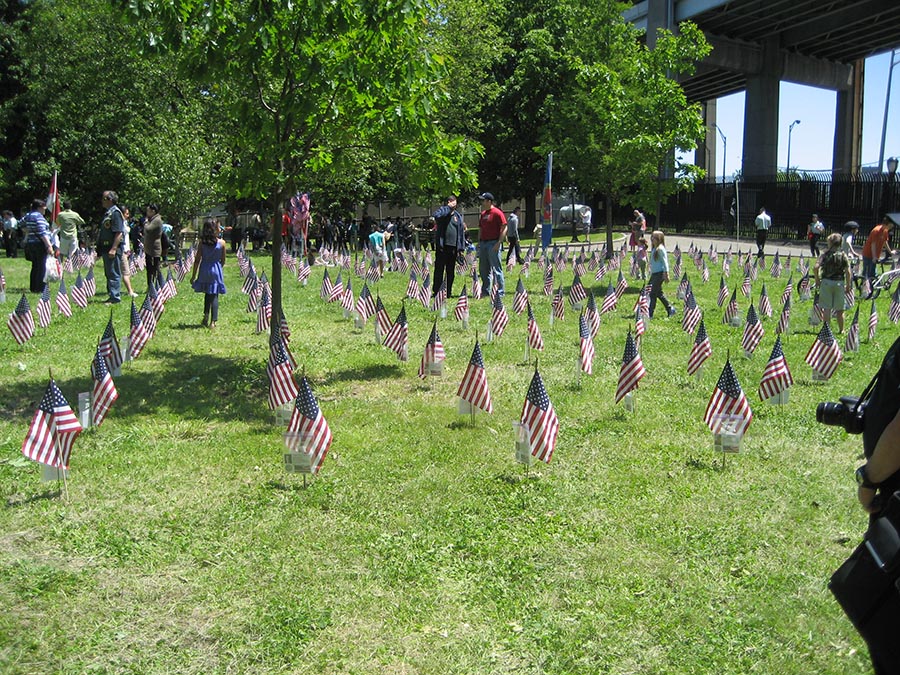 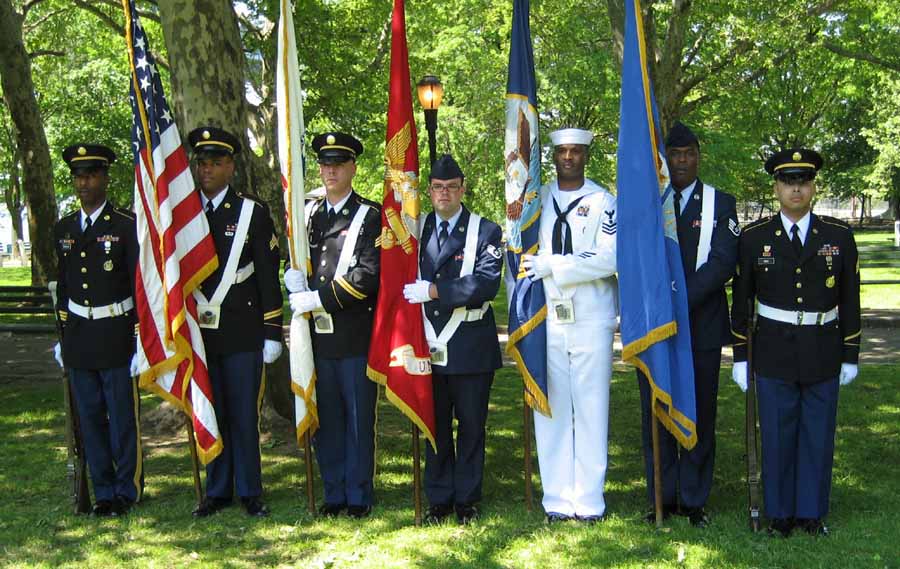 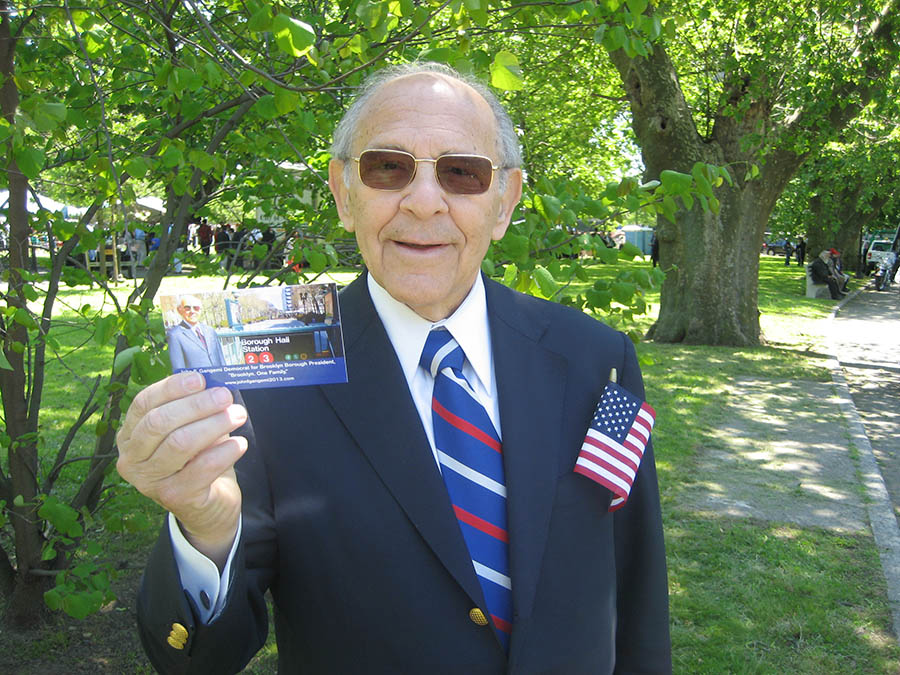 Christine Quinn is running for mayor of NYC. There were many other speakers. 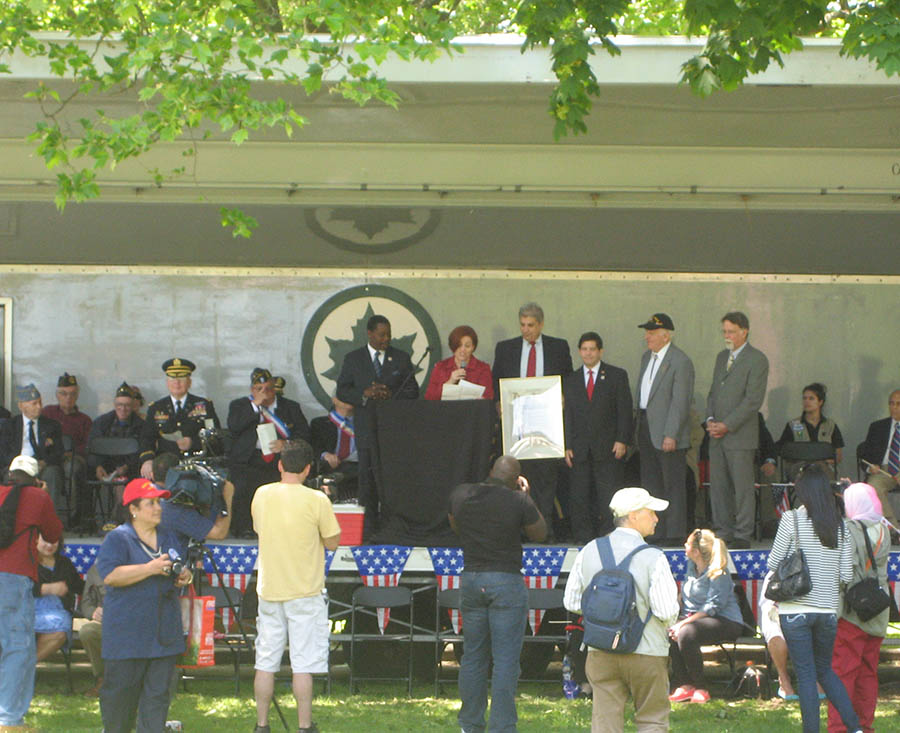 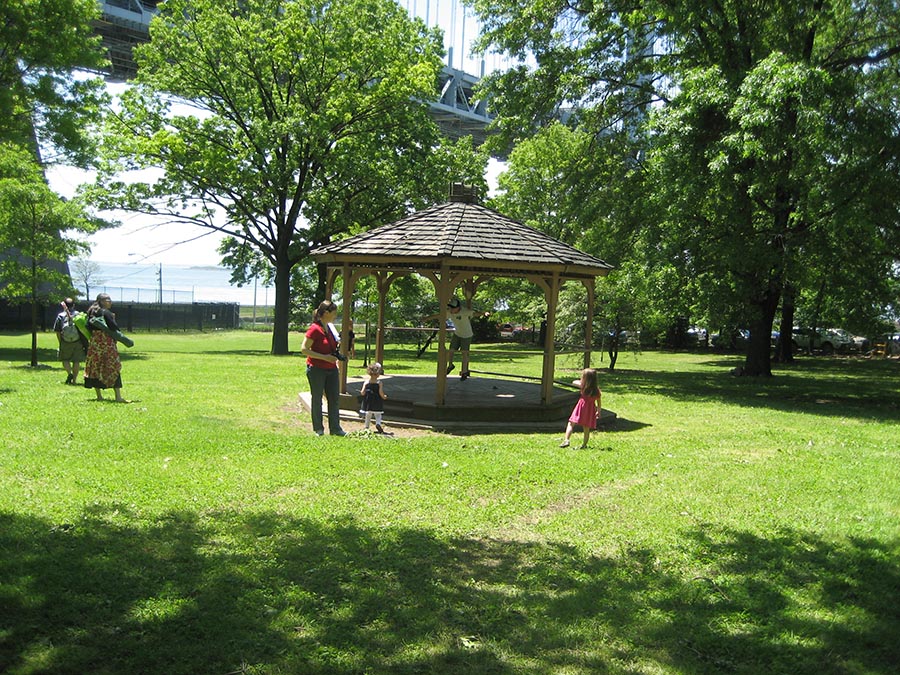 I wonder if the clear quartz crystal I threw in the top box had anything to do with it? 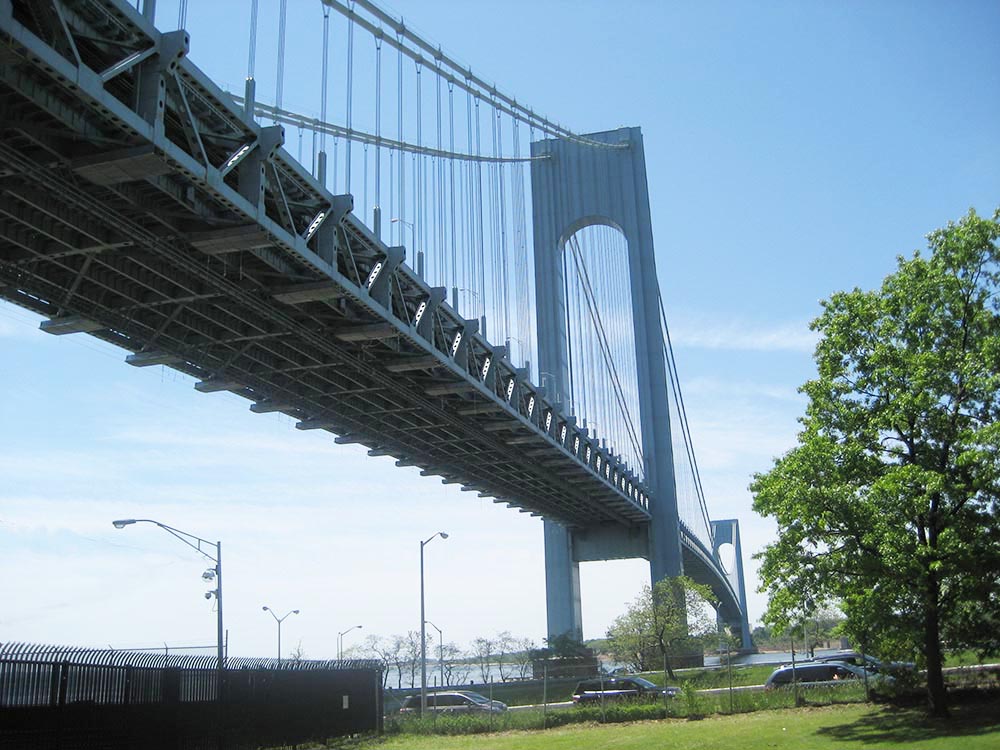 In the end it's all water under the bridge ...