Scrying Objects on Mars - The Rodent 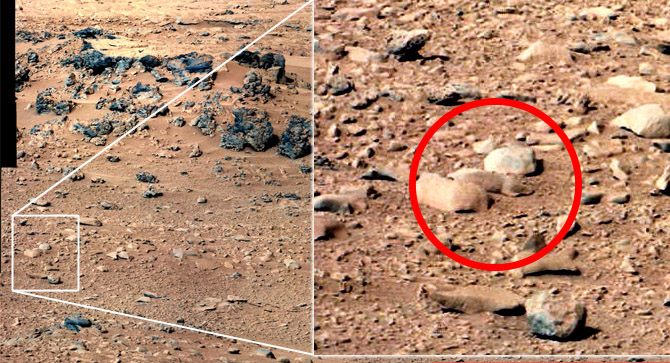 Is Mars Infested With Pareidolia Rats?   Discovery - May 30, 2013
It has finally happened. Not content with (potentially) infecting the pristine Martian surface with our germs, it appears that we've sent a rat (yes, a whole rat) to the Red Planet. And this isn't some far-fetched hypothesis, there's photographic evidence! NASA's Mars rover Curiosity snapped this panorama (above) of the "Rocknest" site with its MastCam camera on sol 52 of the mission. Now, with a keen eye and fertile imagination, a UFO enthusiast realized there was a camouflaged rodent hiding in the rocks. Needless to say, there's no other evidence supporting this claim, it's just something that looks like a rodent.


Mars Rover Curiosity Finds Pebbles Likely Shaped by Ancient River   Space.com - May 30, 2013
Smooth, round pebbles found by NASA's Mars rover Curiosity provide more evidence that water once flowed on the Red Planet, according to a new study. The Curiosity rover snapped pictures of several areas with densely packed pebbles, and by closely analyzing the rock images, researchers discovered that the shapes and sizes of the individual pebbles indicate that they traveled long distances in water, likely as part of an ancient riverbed. 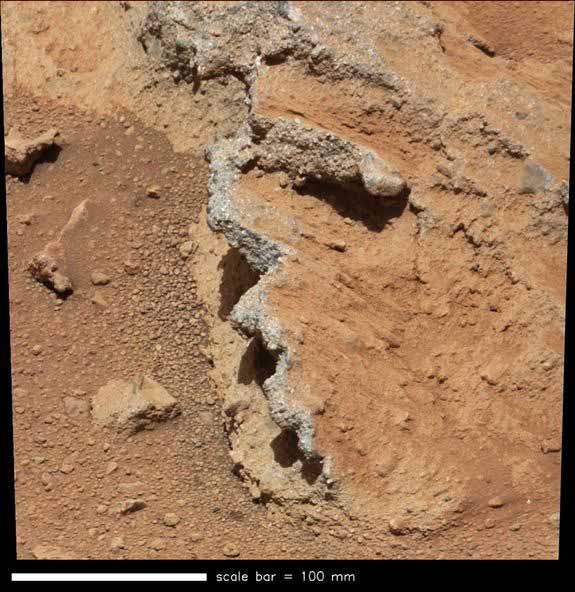 There are three choices about what the object is:

a rodent brought from Earth,

a rodent that escaped from an alleged underground facility run by humans and/or aliens,

Consider ... how would a rodent survive on Mars? It couldn't. I know you would love to see proof of any kind of alien life - so would I, but this is not it. Look at some of the other rocks and you will see different images - it's called rock scrying. We won't know about aliens until something big happens here. Many believe it is soon, others believe it will never happen. You decide.


'Mars rat' taking Internet by storm   MSNBC - June 1, 2013
A Mars rock that bears a passing resemblance to a rodent is scuttling across the Internet with gusto, even inspiring some fans to set up a Twitter account in its name. UFO buffs spotted the purported "Mars rat" in a panoramic photo snapped in September 2012 by NASA's Curiosity rover. Zooming in on a portion of the image reveals what appears to be a rodent crouching between two rocks, its nose to the ground.