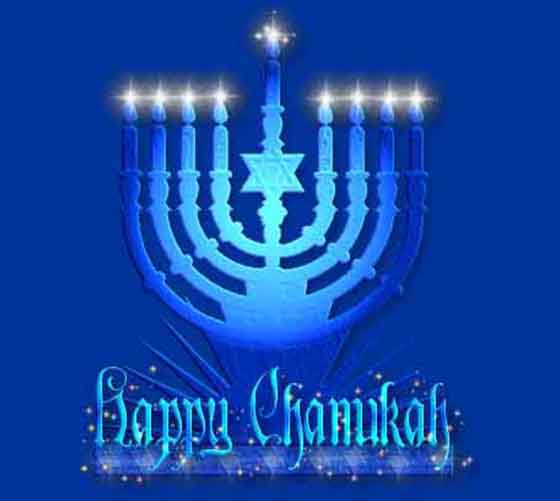 Hanukah is a Jewish holiday, also known as the Festival of lights. Hanukkah is a Hebrew word meaning "dedication". It also has other spellings in English, such as Hanukah.

Hanukkah begins on the 25th day of the Hebrew month of Kislev, and the holiday is celebrated for eight days. Since in Jewish tradition the Hebrew calendar date starts at sunset, the first evening of Hanukkah. starts after the sunset of the 24th of Kislev. This is usually the evening before the date shown for the first day of Hanukkah. on the Gregorian calendars that include it. The start of Hanukkah. usually falls in December but occasionally is in late November.

Always an important holiday to religious Jews, Hanukkah gained unusual importance with many assimilated secular Jewish families in twentieth century America, who did not consider themselves religious, yet wanted an alternative to Christmas celebrations that often coincide with Hanukkah. Hanukkah commemorates two main historical events:

1. The triumph of Judaism's spiritual values as embodied in its Torah (symbolized by the Menorah) over Hellenistic civilization which had attempted to Hellenize (culturally assimilate) the Jews away from practicing Judaism's commandments.

2. The victory of the ancient Jewish Hasmoneans over the Seleucid Empire when Judah Maccabee and his brothers defeated overwhelming forces and rededicated the Temple in Jerusalem, almost two centuries before the common era. However, because Jews do not glorify war and because of Judaism's dislike for the Hasmonean later ungodly behavior, the holiday has never emphasized these military aspects but has concentrated on celebrating the rededication and the associated miracle of the Hanukah lights as described in the Talmud.

The festival is observed in Jewish homes by the kindling of special Hanukkah. lights on each of the festival's eight nights.

The story of Hanukkah is preserved in the books of 1 Maccabees and 2 Maccabees. These books are not part of the Hebrew Bible, but are part of the deuterocanonical historical and religious material preserved in the Septuagint; this material was not later codified by Jews as part of the Bible, but was so codified by Catholics and Eastern Orthodox. Another, probably later, source is the Megillat Antiokhos - a text ascribed to the Maccabees themselves by Saadia Gaon, but more likely written around the first or second century BCE.

The Maccabees were the leaders of a Jewish rebel army that took control of Judea, which had been a client state of the Seleucid Empire. They founded the Hasmonean dynasty, which ruled from 164 BCE to 63 BCE. They reasserted the Jewish religion, partly by forced conversion, expanded the boundaries of Judea by conquest and reduced the influence of Hellenism and Hellenistic Judaism. 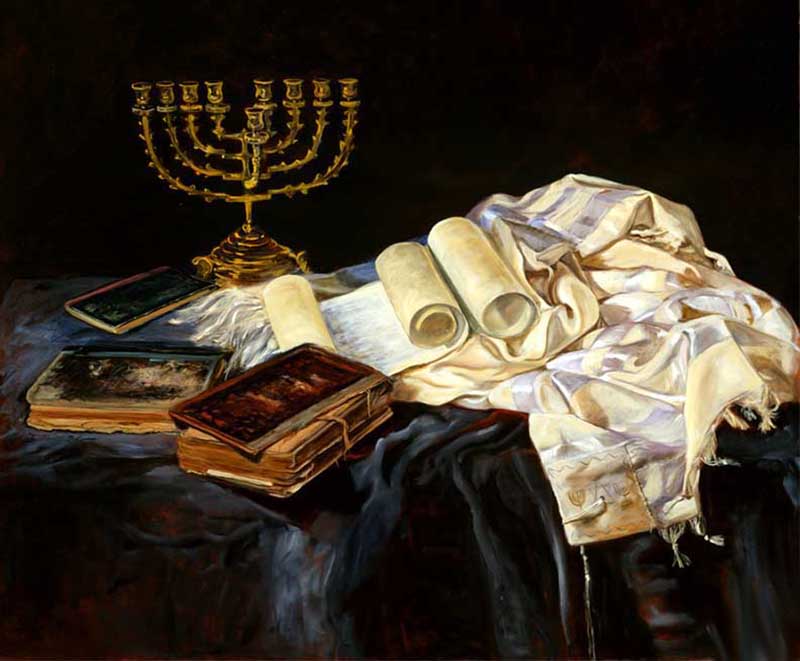 The miracle of Hanukkah is referred to in the Talmud - a central text of Rabbinical Judaism - but not in the books of the Maccabees. The Gemara, in tractate Shabbat 21b, says that after the occupiers had been driven from the Temple, the Maccabees discovered that almost all of the ritual oil had been profaned. (They needed ritually purified olive oil to light a Menorah to rededicate the Temple.) They found only a single container that was still sealed by the High Priest, with enough oil for a single day. They lit this, and miraculously, that oil burned for eight days (the time it took to have new oil pressed and made ready). A story similar in character, and obviously older in date, is the one alluded to in 2 Maccabees 1:18 et seq., according to which the relighting of the altar-fire by Nehemiah was due to a miracle which occurred on the twenty-fifth of Kislev, and which appears to be given as the reason for the selection of the same date for the rededication of the altar by Judah Maccabeus.

The Talmud presents three customs: lighting one light each night per household, one light each night for each member of the household, or, the most pious method, where the number of candles changed each night. There was a dispute over how the last option was to be performed: either display eight lamps on the first night of the festival, and reduce the number on each successive night; or begin with one lamp the first night, increasing the number till the eighth night. The followers of Shammai favored the former custom; the followers of Hillel advocated the latter. As is the case in most such disputes, Jews today follow Hillel. Except in times of danger, the lights were to be placed outside one's door or in the window closest to the street. Josephus believed that the lights were symbolic of the liberty obtained by the Jews on the day that Hanukkah commemorates. Rashi, in a note to Shabbat 21b, says their purpose is to publicize the miracle. 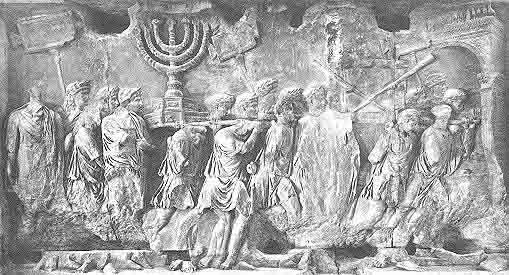