Why today's teens aren't in any hurry to grow up 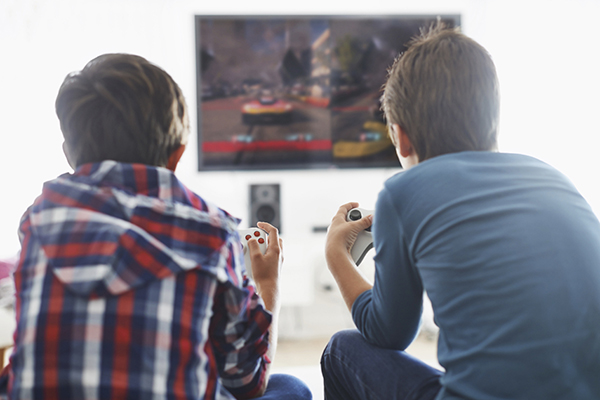 Not wanting to grow up in the way society dictates has always been part of the human equation. As with everything else in life, some people are grownups at an early age but most are not. Parents will say, "My child is 10 going on 30". That never made sense to me. Each age should be embraced for what it is.

Many adults seem to be in no hurry to grow up either. Responsibility comes hard to the emotionally and mentally challenged as taking care of themselves can often be full time job sending them to "their" caretakers generally family members. To be a responsible adult in today's world seems like something few embrace but most seek. Co-dependency and enabling children is what it's all about. A parent does not have to demean and bully a child with issues, but should seek answers and understanding as today's children are often born with developmental issues.

What parents tell me about their teenage children - some are motivated with high grades and goal while others prefer to come home and play video games. Some engage in sports but many are not programmed to, and just involve in the world of tech. Look at shelves of parents - some who should never have become parents - and follow the patterns of behavior.

What's the rush to grow up other than to be free of parental restrictions? If you believe that life continues on and on and people live until over 100 in the future, and little makes sense today, best to take things slowly. Teens are smarter than we were - their programming different as each generation adapts to their programmed timelines for experience.

Marry early? Not so fast when they see the nature of relationships and the responsibilities involved. Being in a relationship and learning how fickle teens are, can be crushing.

Plan a career? Most teens want to make lots of money doing something they are passionate about - the "make a difference" feeling centered on the larger scale in today's world.

Lazy? That begins at puberty. It can also go to teen depression, often overlooked by parents trying to navigate their own lives. You know it's present when school grades suddenly drop. Parents often tell me how well their children did in elementary and middle school, but that's not what you have to look at. It's how they do in high school when all of the emotional package kicks in and peer pressure often dominates.

Teens dream many things, their emotions often taking over as this is also the age mental illness surfaces - mostly at 19-20. So much anxiety, depression, confusion but hopefully finding the right direction which could takes years ... or a lifetime. Unlike the teens of yesterday, they come into realization of their challenges early on, which for some is a positive but for others detrimental resulting in sabotage.

Each age brings its share issues mirroring past generation with a new twist in a bipolar reality. It's all recycled as if reality wants you to figure it out.


Extended Adolescence: When 25 is the new 18   Scientific American - September 19, 2017
An analysis by researchers at San Diego State University and Bryn Mawr College reports that today's teenagers are less likely to engage in adult activities like having sex and drinking alcohol than teens from older generations.


Why today's teens aren't in any hurry to grow up   The Conversation - September 19, 2017
Teens aren't what they used to be. The teen pregnancy rate has reached an all-time low. Fewer teens are drinking alcohol, having sex or working part-time jobs. And as I found in a newly released analysis of seven large surveys, teens are also now less likely to drive, date or go out without their parents than their counterparts 10 or 20 years ago. Some have tried to explain certain aspects of these trends. Today's teens are more virtuous and responsible, sociologist David Finkelhor has argued. No, says journalist Jess Williams, they're just more boring. Others have suggested that teens aren't working because they are simply lazy.