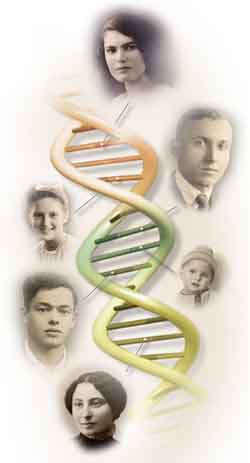 Genetic memories can be unique to a family, a larger bloodline, a race, a culture, or something extending beyond who we are in this experience. It goes along with terms such as karma and deja vu - a feeling of knowing or remembering without explanation. It is the understanding that the brain is an computer forever viewing streaming consciousness for experience and interpretation. It is programmed by binary code with patterns of experience based on one's DNA codes in this and other lifetimes.

In psychology, genetic memory is a memory present at birth that exists in the absence of sensory experience, and is incorporated into the genome over long spans of time. It is based on the idea that common experiences of a species become incorporated into its genetic code, not by a Lamarckian process that encodes specific memories but by a much vaguer tendency to encode a readiness to respond in certain ways to certain stimuli. Genetic memory is invoked to explain the racial memory postulated by Carl Jung. In Jungian psychology, racial memories are posited memories, feelings and ideas inherited from our ancestors as part of a collective unconscious.

Language, in the modern view, is considered to be only a partial product of genetic memory. The fact that humans can have languages is a property of the nervous system that is present at birth, and thus phylogenetic in character. However, perception of the particular set of phonemes specific to a native language only develops during ontogeny. There is no genetic predisposition towards the phonemic makeup of any single language. Children in a particular country are not genetically predisposed to speak the languages of that country, adding further weight to the assertion that genetic memory is not Lamarckian.

Neuroscientific research on mice suggests that some experiences can influence subsequent generations. In a study, mice trained to fear a specific smell passed on their trained aversion to their descendants, which were then extremely sensitive and fearful of the same smell, even though they had never encountered it, nor been trained to fear it. Changes in brain structure were also found. The researchers concluded that "The experiences of a parent, even before conceiving, markedly influence both structure and function in the nervous system of subsequent generations." Scientists speculate that similar genetic mechanisms could be linked with phobias, anxiety and post-traumatic stress disorders, as well as other neuropsychiatric disorders, in humans.

In contrast to the modern view, in the 19th century, biologists considered genetic memory to be a fusion of memory and heredity, and held it to be a Lamarckian mechanism. Ribot in 1881, for example, held that psychological and genetic memory were based upon a common mechanism, and that the former only differed from the latter in that it interacted with consciousness. Hering and Semon developed general theories of memory, the latter inventing the idea of the engram and concomitant processes of engraphy and ecphory. Semon divided memory into genetic memory and central nervous memory. This 19th-century view is not wholly dead, albeit that it stands in stark contrast to the ideas of neo-Darwinism. In Modern Psychology, genetic memory is generally considered a false idea. However, psychologists such as Stuart A. Newman and Gerd B. Muller have contributed to the idea in the 21st century.

Some parapsychologists have postulated that specific experience is encoded in genes, and proposed this as an explanation for past life regression. However, most parapsychologists generally dismiss this, on grounds that in those cases where past life regression has been considered, the subjects have no genetic link with the people whose lives they are considered to have regressed to; and that the idea is unsound as a mechanism for explaining how events could be recalled from past lives of people at points in those lives after they had children. Parapsychologists generally agree with the biological view that genetic traits are dispositional - i.e. that they merely encode a disposition to react in certain ways to environmental stimuli, and not actual memory or experience. 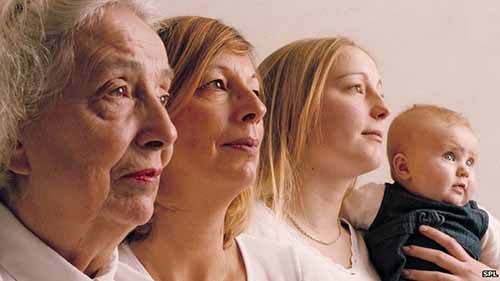 'Memories' pass between generations   BBC - December 2, 2013
Behavior can be affected by events in previous generations which have been passed on through a form of genetic memory, animal studies suggest. Experiments showed that a traumatic event could affect the DNA in sperm and alter the brains and behavior of subsequent generations.

A Nature Neuroscience study shows mice trained to avoid a smell passed their aversion on to their "grandchildren". Experts said the results were important for phobia and anxiety research. The animals were trained to fear a smell similar to cherry blossom. The team at the Emory University School of Medicine, in the US, then looked at what was happening inside the sperm. They showed a section of DNA responsible for sensitivity to the cherry blossom scent was made more active in the mice's sperm. Both the mice's offspring, and their offspring, were "extremely sensitive" to cherry blossom and would avoid the scent, despite never having experiencing it in their lives. Changes in brain structure were also found. "The experiences of a parent, even before conceiving, markedly influence both structure and function in the nervous system of subsequent generations," the report concluded.

The findings provide evidence of "transgenerational epigenetic inheritance" - that the environment can affect an individual's genetics, which can in turn be passed on. One of the researchers Dr Brian Dias told the BBC: "This might be one mechanism that descendants show imprints of their ancestor. There is absolutely no doubt that what happens to the sperm and egg will affect subsequent generations."

Prof Marcus Pembrey, from University College London, said the findings were "highly relevant to phobias, anxiety and post-traumatic stress disorders" and provided "compelling evidence" that a form of memory could be passed between generations. He commented: "It is high time public health researchers took human trans-generational responses seriously. I suspect we will not understand the rise in neuropsychiatric disorders or obesity, diabetes and metabolic disruptions generally without taking a multigenerational approach." In the smell-aversion study, is it thought that either some of the odor ends up in the bloodstream which affected sperm production or that a signal from the brain was sent to the sperm to alter DNA. 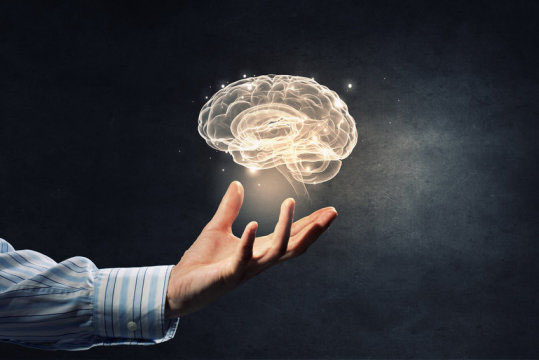 Biological mechanism passes on long-term epigenetic 'memories'   Science Daily - March 28, 2016
According to epigenetics -- the study of inheritable changes in gene expression not directly coded in our DNA -- our life experiences may be passed on to our children and our children's children. Studies on survivors of traumatic events have suggested that exposure to stress may indeed have lasting effects on subsequent generations. But how exactly are these genetic "memories" passed on?