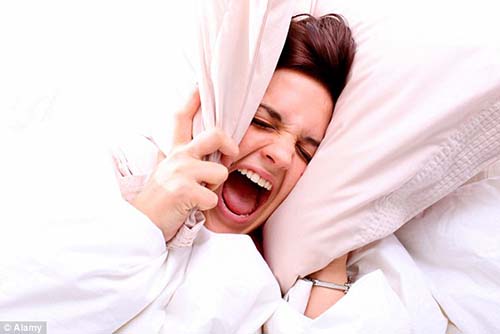 The human brain is an electrochemical machine (computer) forever viewing streaming consciousness for experience and interpretation. It is programmed by binary code with patterns of experience based on one's DNA codes. As we know, there are many reasons why the brain's circuitry doesn't perform properly resulting in various forms of mental illness and the destruction of a person's ability to focus and function.


Exploding head syndrome (EHS) is a form of hypnagogic auditory hallucination and is a rare and relatively undocumented parasomnia event in which a person experiences a loud bang in their head similar to a bomb exploding, a clash of cymbals, ringing, an earthquake, or any other form of loud, indecipherable noise that seems to originate from inside the head.

This noise usually happens at the onset of sleep or within an hour or two of falling asleep, but is not necessarily the result of a dream. An episode can last from a few seconds to a couple of minutes. Most episodes occur just after falling asleep or just prior to waking up, and are not associated with occurring in any certain sleep stage.

EHS is an uncommon, usually nocturnal parasomnia that arises from the transition between different sleep stages. Although the sound is perceived as extremely loud, it is usually not accompanied by pain. Attacks appear to change in number over time, with several attacks happening in a space of days or weeks, followed by months of remission. Sufferers often feel a sense of fear and anxiety before and after an attack, accompanied by elevated heart rate. Attacks may also be accompanied by perceived flashes of light (when perceived on their own, known as a "visual sleep start") or difficulty in breathing. The condition is also known as "auditory sleep starts." The associated symptoms are varied, but the benign nature of the condition is emphasized and neither extensive investigation nor treatment are indicated. Sufferers may experience an inability to vocalize any sound, or mild forms of sleep paralysis during an attack.

The cause of exploding head syndrome is not known, though some physicians have reported a correlation with extreme fatigue. This condition has also been linked to rapid withdrawal from certain prescription drugs such as benzodiazepines and SSRIs. The condition may develop at any time during life and women suffer from it slightly more often than men. It is more common over the age of fifty, although it has been reported as young as age 10. Attacks can be one-time events, or can recur with attacks increasing or decreasing over time, sometimes with no incidents over long periods of time. Though painless and not considered to be dangerous, exploding head syndrome is known to terrify the people experiencing it and sometimes can be very distressing. Sufferers often feel a sense of fear and anxiety after an attack, accompanied by an increased heart rate.

The exploding head syndrome was first described in 1920 by the Welsh physician and psychiatrist Robert Armstrong-Jones. He characterized this condition as an exploding sensation in the head. Patients were awakened from their sleep by this event and the sensation persisted for several seconds. A detailed description of the syndrome was given by British neurologist John M. S. Pearce in 1989, who noted that it was most common in patients that were more than 50 years old.

Exploding head syndrome is a condition that causes the sufferer to occasionally experience a tremendously loud noise as originating from within their own head, usually described as the sound of an explosion, gunshot, door slamming, roar, waves crashing against rocks, loud voices, a ringing noise, the terrific bang on a tin tray, the sound of an electrical arcing (buzzing), or a thud. In some cases an instant flash of what is perceived as video "static" is reported both audibly and visually for a fraction of a second.

This syndrome can also cause the sufferer to feel an extreme rush or adrenaline kick going through their head, sometimes multiple times. In most cases, it occurs when they are in a state between asleep and awake. Some sufferers report familiarization with the subsequent fear or panic element such that they no longer consciously experience it. EHS can also mimic nocturnal headache syndromes and seizures. There is no actual headache or persistent pain, but some patients may experience a brief, mild jab-like sensation. Reassurance reduces anxiety; however, in some patients, EHS is very troublesome and can cause sleep-onset insomnia.

In some cases repeated attacks lead to the sufferer gaining a fear of sleeping or resting, as this is the most common time for attacks to take place, and this can lead to the development of sleeping disorders such as insomnia. In some cases it is isolated on the left side of the head, and seems to come from the inner ear region. A few less common side effects include but are not limited to increased heavy breathing, loss of appetite and increased laughter.

There is some evidence that the medicine clomipramine (an anti-depressant) may help in treating a few people suffering from exploding head syndrome. Some reports also suggest that sedatives can help people suffering from this syndrome. Interestingly, even stimulants are known to have worked for a few. In most cases though, one can only wait for the phenomenon to recede by itself. It can take anytime between days to years for the loud noise to stop altogether. Read more

What is exploding head syndrome?   The Guardian - November 1, 2017
Comparatively little is known about exploding head syndrome and sleep paralysis, so we're launching the first large-scale survey into both disorders. Of all the sleep disorders, exploding head syndrome (EHS) has arguably the most intriguing name. EHS has been described as a sensory parasomnia characterized by the perception of loud noises and/or a sense of explosion in the head when transitioning to or from sleep. These noises are not associated with significant pain, but lead to abrupt arousal and feelings of fright. 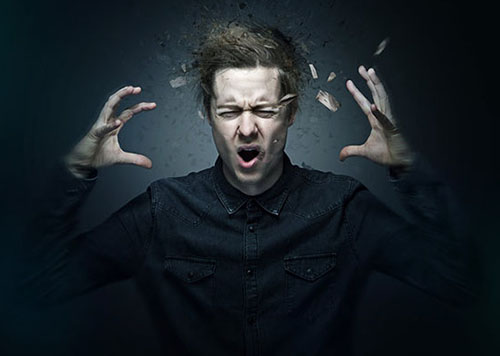 The sound of an object crashing to the ground or the sight of a bright flash of light: These are some of the things that people with a condition called exploding head syndrome can sense, even though the events did not really occur, a new study finds. Little is known about this startling syndrome, but it does appear to be more common than previously thought. Despite the condition's name, no actual explosions take place when a person has exploding head syndrome. Rather, the phenomenon is considered to be a "sensory" sleep disorder, according to the study.


Is exploding head syndrome the reason you can't sleep?   DailyMail - April 17, 2015
Exploding head syndrome may sound like a made-up condition - in fact, it's a real and frightening medical disorder, and one that a study suggests is surprisingly common. People with exploding head syndrome (EHS) hear loud noises when going to sleep or on waking up. The type of noise can vary from explosions and fireworks to slammed doors, the sound of a gun firing, an enormous roar, shouting, thunder or a crack of lightning. The noises start suddenly and last for a few seconds. Before hearing the loud noise, one in ten also has visual disturbances, such as seeing lightning or flashes. These are similar to the auras some people have before a migraine headache.

"Exploding head syndrome" is real, and surprisingly common   CBS - April 1, 2015
Maybe it's happened to you: You're lying in bed happily drifting off to sleep when suddenly you're jolted awake by a startlingly loud noise that turns out to be just in your head. The experience can be scary, and doctors have given it the alarming-sounding name "exploding head syndrome." Now the largest study of its kind has found that this bizarre sleep disorder is much more common than previously believed. Researchers from Washington State University say nearly one in five college students -- 18 percent -- has experienced it at least once. The study, published online in the Journal of Sleep Research, is based on interviews with 211 undergraduates who were questioned about the symptoms. Study author Brian Sharpless, a Washington State University assistant professor and director of the university psychology clinic, says he decided to look into it because the existing research just didn't add up. Exploding head syndrome was considered rare and was believed to happen mostly in middle age.