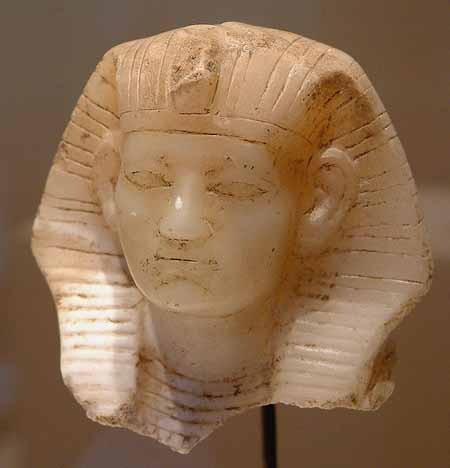 Ore-bearing rock formations were found in distant, inhospitable wadis in the eastern desert and the Sinai, requiring large, state-controlled expeditions to obtain natural resources found there. There were extensive gold mines in Nubia, and one of the first maps known is of a gold mine in this region. The Wadi Hammamat was a notable source of granite, greywacke, and gold.

The Egyptians worked deposits of the lead ore galena at Gebel Rosas to make net sinkers, plumb bobs, and small figurines. Copper was the most important metal for toolmaking in ancient Egypt and was smelted in furnaces from malachite ore mined in the Sinai. Workers collected gold by washing the nuggets out of sediment in alluvial deposits, or by the more labor-intensive process of grinding and washing gold-bearing quartzite. Iron deposits found in upper Egypt were utilized in the Late Period. 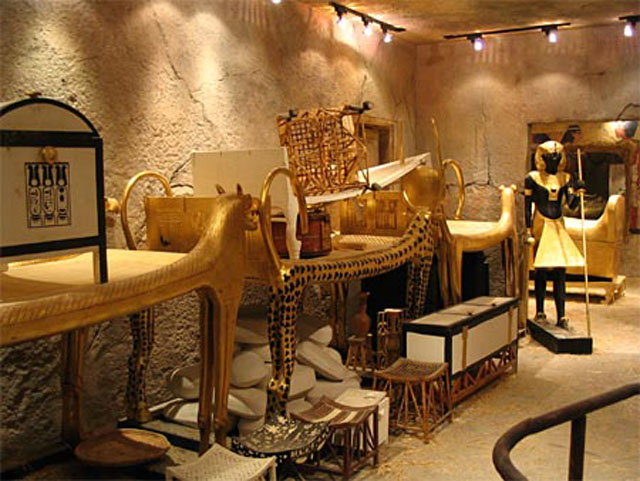 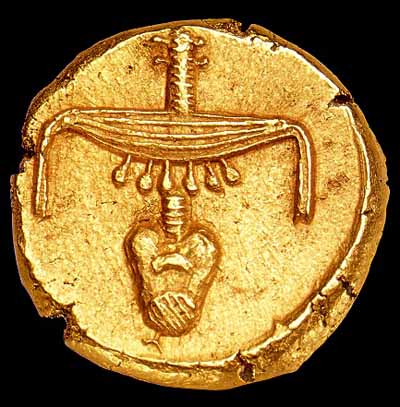 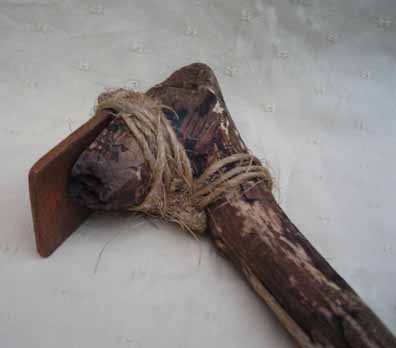 Flint was the first mineral collected and used to make tools, and flint handaxes are the earliest pieces of evidence of habitation in the Nile valley. Nodules of the mineral were carefully flaked to make blades and arrowheads of moderate hardness and durability even after copper was adopted for this purpose.Ancient Egyptians were among the first to use minerals such as sulfur as cosmetic substances.

High-quality building stones were abundant in Egypt; the ancient Egyptians quarried limestone all along the Nile valley, granite from Aswan, and basalt and sandstone from the wadis of the eastern desert. Deposits of decorative stones such as porphyry, greywacke, alabaster, and carnelian dotted the eastern desert and were collected even before the First Dynasty. In the Ptolemaic and Roman Periods, miners worked deposits of emeralds in Wadi Sikait and amethyst in Wadi el-Hudi. 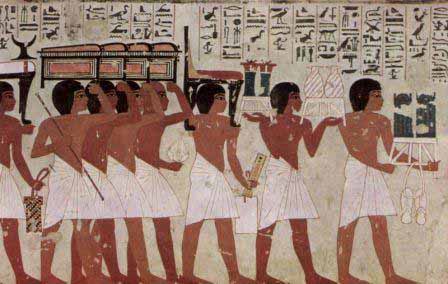 The ancient Egyptians engaged in trade with their foreign neighbors to obtain rare, exotic goods not found in Egypt. In the Predynastic Period, they established trade with Nubia to obtain gold and incense. They also established trade with Palestine, as evidenced by Palestinian-style oil jugs found in the burials of the First Dynasty pharaohs. An Egyptian colony stationed in southern Canaan dates to slightly before the First Dynasty. Narmer had Egyptian pottery produced in Canaan and exported back to Egypt.

By the Second Dynasty at latest, ancient Egyptian trade with Byblos yielded a critical source of quality timber not found in Egypt. By the Fifth Dynasty, trade with Punt provided gold, aromatic resins, ebony, ivory, and wild animals such as monkeys and baboons. Egypt relied on trade with Anatolia for essential quantities of tin as well as supplementary supplies of copper, both metals being necessary for the manufacture of bronze. The ancient Egyptians prized the blue stone lapis lazuli, which had to be imported from far-away Afghanistan. Egypt's Mediterranean trade partners also included Greece and Crete, which provided, among other goods, supplies of olive oil. In exchange for its luxury imports and raw materials, Egypt mainly exported grain, gold, linen, and papyrus, in addition to other finished goods including glass and stone objects.

Artists and craftsmen were of higher status than farmers, but they were also under state control, working in the shops attached to the temples and paid directly from the state treasury.