The North American Plate is a tectonic plate covering most of North America, Greenland, Cuba, the Bahamas, extreme northeastern Asia, and parts of Iceland and the Azores. With an area of 76 million km2 (29 million sq mi), it is the Earth's second largest tectonic plate, behind the Pacific Plate (which borders the plate to the west). It extends eastward to the Mid-Atlantic Ridge and westward to the Chersky Range in eastern Siberia. The plate includes both continental and oceanic crust. Read more 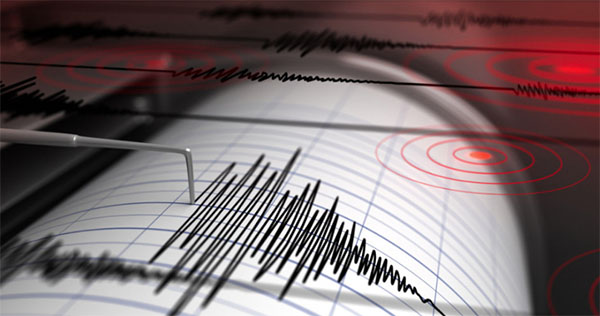 The closure of our simulation includes economic and political collapse, pandemics, climate change, and natural disasters such as earthquakes and volcanic eruptions. You can say this is all part of the natural cycles of Experiment Earth, blame it on human behavior, or something else. That is not the case. Everything that happens today is meant to happen and will accelerate exponentially until the end.

Please don't blame it on a God or alien who is annoyed with human behavior because that simply isn't so. It's about reality being a simulation in which our souls participate in one more subroutines - Physics and Math - creation algorithms. It had a beginning and now has reached the end. Do not look to history and other extinction level events and say the Earth will recycle and start anew. That is myth mixed with religion and a touch of science. In the end the projected illusion of this reality Fades to Black.


Minor 3.6 quake shakes RI, Massachusetts - earthquakes happen on a regular basis in New England, but this was the strongest to strike the region in decades   NBC - November 8, 2020


Half a dozen earthquakes shake Idaho, and some are felt in the Boise area   Idaho Statesman - September 8, 2020


Video: A 4.2 magnitude earthquake struck the Sawtooth Mountain Range in Idaho, causing a massive rockfall. Hikers witnessing the event were stunned, since they had just climbed down from that range a few hours earlier   Weather.com - August 11, 2020


A magnitude 5.1 earthquake was reported in Sparta, North Carolina, and felt across the Triangle at around 8 a.m.   WRAL - August 9, 2020