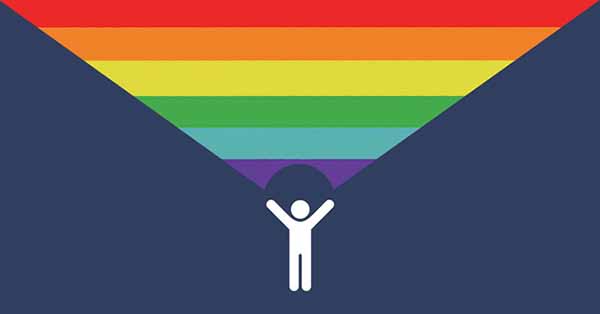 It is never easy for most people to come out especially to the family, who in most cases already know. It goes to fear of rejection and not understanding i's part of one's genetic code.

Sex can be very complicated. It dominates our thoughts - how we play out our emotional games of love and passion - links us with the soulmate connection - often rules our physical needs - and always catches our attention - jokes - the internet - media - etc. If you want to get the attention of those around you - topics of sex are the way to go. It is genetic. It is who we are. It motivates many of our choices - and often guides our decisions and destinies. You say the word Sex and people pay attention.

Themes linked to the gay world are endless - as more and more people discover that it is their preference and are willing to come out of the closet - as they say.

We spend our lives coming out about our issues - facing them and moving beyond limited thinking.

Humanity is in the closet on so many issues - as we hide - waiting to awakening from that which is unknown and therefore feared.

I often read clients who are gay but find it impossible to tell those around them the truth.

Friends and clients have told me that they came out at various ages - from teens to 50's - though some remained celibate rather than acknowledge and deal with inner stirrings.

Sex is very much about the 'head' space. People can condition themselves to ignore desire and attraction when it comes to sexual matters.

If you have never had a lover - and are an adult - it could be time to address issues about sexuality.

If people of the same sex are attracted to you - you may need to address something in you that you have been avoiding - especially if you ignore sex completely.

It is all about the kiss - the intimacy. You will know if you are gay if you think, "Who would I prefer to kiss, a man or a woman?"

Many gay clients report that they tried heterosexual relationships initially - as that is what was expected by family and peers - but it felt unnatural - uncomfortable - and they had performance anxiety.

It is hard to come out if one comes from a religious home - where it was assumed you would marry in your 20's and have a family. This always results in a disaster - and a divorce or separation. Those involved often see the patterns and realize the situation 'after the fact' and the children are born. The children of gay relationships often grow up loved and without issues - but not always. Being gay is genetic and so their children may be gay as well as the drama continues.

I read a man who was one of eight children - four of whom were gay. As in most families - they came out early - then moved away to live their lives privately without family interference and criticism - getting together with family on holidays and special occasions.

Life is so much easier if the family is accepting. Yet parents of gay children - often have to address their own sexual perferences - and what they may have been hiding for years - such as gay affaires outside the home or gay desires. I can't tell you how many gay people have told me about knowing one of their parents was gay yet remained in the closet all of their lives.

Few clients reported that they came out in High School - at least not to their peers. In teen years the stigma of gay was not something they wanted to deal with - so they waited until they moved on their own then came out and explored the gay world.

Those who come out later in life - report that they have always felt somewhat drawn to those of the same sex - but it was not until a specific partner came along - that they were willing to try a gay experience. Others waited until they completed the karma of a heterosexual relationship - then finally came out and were never happier.

I have read people who are heterosexual - but have had one homosexual experience - based on soul attraction and connection. These one- time relationships are very powerful - but rarely not life-time commitments. Usually one partner is gay and one is straight - as each goes back to their natural orientation.

The area in which you live and who you live with - often determines how and when you will come out. Living alone makes it easier to be free.

In large cities alternative lifestyles are common and generally accepted. In small towns - with rigid values - homosexual experiences are generally not acceptable behavior.

I have recently read several gay people - some of who are looking for full time relationships which include having a child by either adoption - artificial insemination - or surrogacy.

The way I see - people are people - gay or straight. If the people are well adjusted - the relationship will work and obstacles overcome. If the people have issues - especially heavy issues and are emotionally dysfunctional - all souls will suffer. It is just the nature of the game - gay or straight. All relationships have challenges and require dedication on many levels if the souls are to grow together and continue to function. People seem to 'get it' - that a relationship can end - and life can go on. Don't have a child if you have too many issues. You will only compound your problems and create another dysfunctional soul.

Coming out is about readiness - a time of awakening and accepting one's destiny in a balanced way.

We come out in many ways as our souls journey through this experience. Coming out is about being free. It is about love and acceptance.

Find what makes you happy on all levels - and take your best shot.

You may discover that you have to make a switch - or are a switch-hitter!

Time Warner - my cable provider - has been having problems in my area of Brooklyn the past few days with the flow of information slowing down each day. This has disrupted cable modem service for thousands of people. It was finally fixed after enough people reported realized and reported a problem. As I sit here now - the flow of energy has never been faster. It is interesting that when energies change - and things slow down gradually - your mind adapts to the changes - to a point where you don't even realize they exist. Then one day the power is gone - turned off - and you notice - the On - Off switch - 101010101.


This story made headlines the day after I posted the column above. Mass. Gay Marriage Ruling Applauded and Denounced - November 18, 2003 - Reuters

Activists hailed the Supreme Judicial Court's 4-3 decision as a civil rights victory for gays, some politicians promised to stop gay marriage in America and some religious groups called the ruling radical and reprehensible.

"I broke out into one of the biggest grins I've ever had in my life," said David Buckel, an attorney who worked on the case for the gay advocacy group Lambda Legal.

Only one other state, Vermont, legally recognizes same-sex couples and allows them to enter into "civil unions" -- giving them many of the legal protections of marriage.

Regardless of the ruling, gay marriages will not be equal under federal laws for purposes of taxes and health and retirement benefits because a 1996 law defined marriage for federal purposes as between one woman and one man.

Canada has taken steps to legalize gay marriages and the U.S. Supreme Court in June struck down state sodomy laws. With similar cases pending in at least three other states, experts said gay marriage could become an especially hot topic in the 2004 U.S. presidential election.

President Bush called marriage "a sacred institution between a man and a woman" and pledged to work "to do what is legally necessary to defend the sanctity of marriage."

The Christian Coalition of America called for a constitutional amendment to ban same-sex marriage.

"It is reprehensible for left-wing judges, such as these four radical Massachusetts judges, to disregard the will of the overwhelming majority of the American people who believe that marriage is only the union of one man and one woman," coalition President Roberta Combs said.

Such an amendment is pending in the House of Representatives.

Republican Sen. John Cornyn of Texas, chairman of the Senate Judiciary Committee's subcommittee on the Constitution, said he was "disappointed" and that the Senate may need to consider a constitutional amendment "to protect and safeguard marriage."

Fellow Democratic presidential candidate, Sen. Joseph Lieberman of Connecticut, said he was against gay marriage but would oppose a constitutional amendment banning it - a sentiment echoed by another presidential contender, Missouri Democratic Rep. Richard Gephardt.

"It is my hope that we don't get sidetracked by the right wing into a debate over a phony constitutional amendment banning gay marriage," he said.

Massachusetts Democratic Sen. Edward Kennedy called the ruling "a welcome new milestone on the road to full civil rights for all our citizens." The state's Republican governor, Mitt Romney, said he would support a Massachusetts constitutional amendment to define marriage as exclusively between a man and a woman, thereby short-circuiting Tuesday's ruling.


I received several emails from people who came out at different stages of their lives. Here's an Email from a reader named Daniela...

Ellie«s World is such a source of inspiration for me and brings me answers with beautifull sychronicity. Thank you, Ellie.

You asked your readers to email you about "coming out".

First of all I«m from Vienna, Austria. I«m a women of 42, not married and no children (yet!), I«m an artist (painter) and body/energy/therapist accompanying people on their way of becoming more of who we really are.

I«ve been attracted to men AND women since puberty. And this was really confusing for me for many years. When I noticed, after having been with my first lover at the age of 17, that I«m also attracted to women, I wondered if I«m a lesbian. When I had my first experiences with girls, around 22-25, I noticed, that I still enjoy being with men.

So I found it very hard "to come out", as I did not know "of what" and "where to". I got to know quiet some queer folks and found myself desperately searching for a sexual self-definition. At the same time resisting the idea of having to define myself!

This inner conflict, which I hardly dared to communicate lasted many years, while I had loving relationships with women and men. All my close friends knew about this, in sharp contrast to my family, that prefered to avoid any encounter with this topic.

As I went on my journey of self development, I understood that what we all need, no matter if we are attracted to the same or the opposite sex, is "to come out" of all old habits and thought patterns, that limit us, to something small and fearfull, creating conflicts, wars, destruction.

More and more I saw, that we all are fe/male inside. And that many/all? of the troubles we have in relationships with our partners/families/communities/countries, are based on our imbalances of these fe/male qualities WITHIN ourselves.

There are active and passive, dynamic and receptive qualities within us. Each of those qualities want to be loved and lived fulliest, to become who we really are: children of love, made of love! There is the godess and there is god.

Love is complete self-love. Only when I«m able to love each and every quality of myself, I love my SELF, I become love, I am love.

So as you wrote, dear Ellie "We come out in many ways as our souls journey through this experience. Coming out is about being free. It is about love and acceptance."