Why Are Chinese Tiger Moms So Controlling? 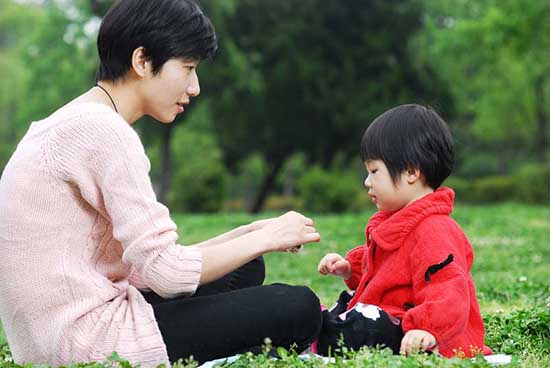 When it comes to parenting, it goes not only to cultures but to the emotional make-up of parent and child. Not all parents treat their children in the same way, especially in an age where we find so many special needs children and dysfunctional parents. In the Chinese culture, where most families have only one child, the need for that child to succeed is heightened, often as a reflection of good parenting.


Why Chinese 'Tiger Moms' Are So Controlling   Live Science - May 1, 2013
Traditional Chinese-style parenting has gained a lot of attention in recent years for being more authoritarian than Western parenting. But there are limited empirical explanations for these differences. Now, new research suggests Chinese mothers are more psychologically controlling than European-American mothers in part because their feelings of self-worth are tied to their children's performance.

A lot of research has looked at the effects that psychological control can have on a child's development. In this type of parenting, moms and dads try to control and direct their children's behavior by manipulating their feelings, such as by guilting or shaming them when they don't perform well, explained University of Illinois psychologist Eva Pomerantz, who is a co-author of the new study. In both the United States and some other countries, this parenting style can undermine children's psychological adjustment. Those kids have emotional problems like depression and anxiety and are overall less happy.

Some studies have suggested that Chinese parents, dubbed "Tiger moms," are more likely to use psychological control than American parents. In the past, psychologists have speculated that Chinese parents' authoritarian parenting style stems from the Chinese notion of guan, which describes parents' dedication to their children through both governance and love. Aside from that, I don't know if there have been that many other explanations. Ours is the first study that looked to really unpack this culture difference in parenting.

In trying to unpack the parenting differences, Pomerantz and her colleagues in China reasoned that certain aspects of Chinese culture might make parents base more of their self-worth on their children's performance, heightening their tendency to use psychological control to try to make their kids perform better.

For example, Chinese culture is considered a "face" culture, where people's sense of worth is highly affected by how much respect they get from others. The more people fulfill their societal expectations, the more respect they get - one such expectation is making sure their children are well developed, especially in terms of academics.

To test how child-based worth affected parenting styles, the researchers sent out two waves of surveys (separated by a year) to 215 mothers and their children - 71 families in China, along with 84 European-American and 60 African-American families in the United States.

Parts of the surveys focused on the degree to which the mothers used psychological control. So on a 5-point scale, mothers responded with how much they agreed with such statements as, "If my daughter does something I do not like, I sometimes act less friendly to her so that she knows I am disappointed." Children responded with agreement to statements like, "My parents tell me that I should feel guilty when I do not meet their expectations." [5 Ways to Foster Self-Compassion in Your Child]

Another part of the survey measured (on a 7-point scale) how much the mothers' self-worth was contingent on their children's successes. It included statements such as "My daughterŐs failures have very little influence on my worth as a person" and "My daughter's failures can make me feel ashamed." Finally, the surveys looked at the mothers' perception of their children's competence in school.

Interestingly, the results revealed that African-American mothers are psychologically controlling, but don't base their self-worth on their children's performance. "It doesn't drive everybody's reason for control," Pomerantz said, adding that she's interested in looking at other ethnicities in America, particularly Latinas.

Pomerantz notes that the different parenting styles each have their own pros and cons for children. For example, controlling parents may be more involved in their children's lives, providing more help and support, though they're potentially undermining their children's emotional development. For parents it could be really bad to have their self-worth so wrapped up with their children.