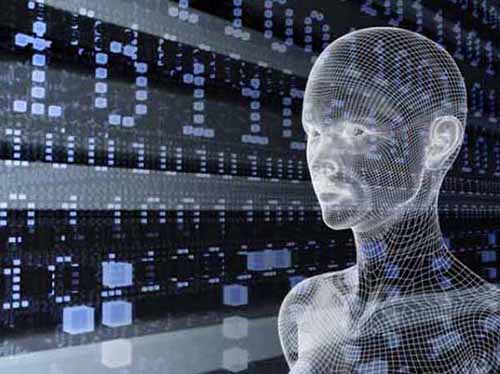 In order to write a daily blog, one must call on different sources that readers can relate to. Blogs may reflect personal experiences, something going on in the world, or with today's blog, the theme on the TV show Perception - "Change Blindness" - which occurs when there is a change in visual stimulus that goes unnoticed by the observer because they are focused on other things. As one who majored in Psychology and connections with the concepts presented on the show - such as - reality is a hologram and the brain is a computer - this week's topic really caught my "eye".

Reality as we experience it in linear time is about perception ... more to the point ... the "F" word. Ha ... I got your attention ... but the word I am referring to is "Focus"! If this was a blog about sex, you would read it ... perhaps reread it ... but alas it is another blog about the brain ... which by the way affects sex and the way we perceive and experience it.

The brain processes by binary code - the On Off On Off mechanism that misses beats and fills in the blanks based on its programming for experience, also known as one's DNA codes.

The eye has a blind spot, the place in the visual field that corresponds to the lack of light-detecting photoreceptor cells on the optic disc of the retina where the optic nerve passes through it, so all of what is presented visually is not processed. The reason you never notice this blind spot is because your brain has learned to automatically fill in the blanks. When emotions kick in, and you know what you want to see, or expect to see in the flow of events, the neocortex turns that expectation in virtual reality - which reflects the nature of our experience.

Change Blindness takes us to the Multitasking ... or how well can the brain can fully focus on more than one situation at a time. The answer depends on the brain in question. The brain as a computer, is programmed to process differently for each of us, based on internal and external stimuli.

How well can you simultaneously perform several tasks successfully and grasp everything? Though you may think you're good at it, I don't believe most people can do it effectively.

The brain as we know is busy multitasking on many level of awareness at the same time. The dream you had didn't end when you woke up in physical consciousness.

There are many things your eyes sees, and you experience in dream time, that you do not remember because your brain has no way of processing the what is going on. In physical reality it processes based on emotions, but outside of the physical, it all speeds up because linear time does not exist.

Now combine those concepts with the implosion of the consciousness grids that allow you to believe all of this is real and worth your time and attention - and sometimes the mind gets confused, resists, and disconnects.

Change Blindness is affected by age which brought to mind my current experiences with time and reality. As far as I know, I am not having what is called "Senior Moments" and don't expect to any time soon. Besides, 70 is said to be the new 30. :)

And still, like you, I question when something weird happens - especially more than once - which is why I watched the video surveillance of my temporal experiences last month to confirm them. One can never discount the fact that their perception of a situation was wrong ... subjective ... based on the way one wants events to be versus what actually occurred.

Cognition of the events we experience in physical reality is always influenced by emotional problems, substance abuse, medication, exhaustion, physical illness, stress, and more. It is another reason I wrote that none of this conditions apply to me in reference to my experiences last month ... nothing was diverting my attention away from the moment in which they occurred.

My mind has always shown me what I already know ... I am moving between parallel realities that are merging ... the illusion of time ending ... recognizing that the concept of Change Blindness is a tool to help me see the subtle differences in space and time.

Let's see what happens next for me and the millions of other people out there who are seeing glimpses of the way the hologram works. All we can do is play until it is over while watching our focus change and the "blind spot" grow larger and larger until the hologram Fades to Black and we can no longer see.

Change Blindness is a psychological phenomenon that occurs when a change in a visual stimulus goes unnoticed by the observer. For example, an individual fails to notice a difference between two images that are identical except for one change. The reasons these changes usually remain unnoticed by the observer include obstructions in the visual field, eye movements, a change of location, or a lack of attention.

The brain regions that have been observed as active during change blindness are the prefrontal lobe, the fusiform face area, the pulvinar, the cerebellum, the inferior temporal gyrus, the parietal lobe, and the frontal lobe. A common method of testing change blindness is the flicker paradigm, in which a blank screen is presented in the middle of an image and an altered form of that image that may distract the perceiver's attention. Change blindness has become a highly researched topic due to newly discovered implications in practical applications such as eyewitness testimony and distractions while driving.

In this paradigm, an image and an altered image are switched back and forth with a blank screen in the middle. This procedure is performed at a very high rate and observers are told to click a button as soon as they see the difference between the two images. This method of studying change blindness has helped researchers discover two very important findings. The first finding is that it usually takes awhile for individuals to notice a change even though they are being instructed to search for a change.

In some cases, it can even take individuals over one minute of constant flickers to determine the location of the change. The second important finding is that changes towards the middle of a picture are noticed at a faster rate than changes on the side of a picture. Although the flicker paradigm was first used in the late 1990s, it is still commonly used in current research on change blindness and has contributed to current knowledge on change blindness. read more ...