A massive rock in Massachusetts that famously sat precariously perched on a boulder for thousands of years finally succumbed to the elements and came tumbling down this week. Located in the town of Holliston, Balancing Rock is believed to have been deposited in its now-former position by a melting glacier sometime between 10,000 and 15,000 years ago. Perhaps the most famous tale surrounding the site is an apocryphal story in which George Washington came upon the landmark in 1789 and marveled at the uniquely placed rock before trying, in vain, to knock it to the ground.

Over the course of subsequent generations, it had become something of a local tradition to push on the five-ton rock in a futile attempt to topple it, which may explain why it came as such a surprise when the landmark was discovered having been dislodged at last this past Tuesday. According to a local media report, it is uncertain exactly when Balancing Rock fell over as no one saw the moment it occurred and the unexpected turn of events was simply noticed by residents who could not believe the jarring sight.

As for what could have caused the iconic boulder to fall, an area geologist attributed the incident to "time and weathering" and, thankfully, not the work of some nefarious individuals. That said, authorities are investigating the matter and, in a testament to its significance in the community, there has already been some discussion about trying to re-balance the rock if it turns out that its current toppled state was not the result of natural forces. 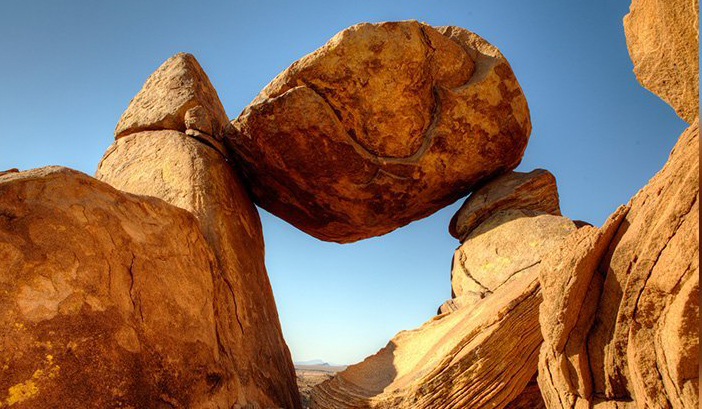 Precariously balanced rocks are not only among the most dramatic and eye-catching sights nature has to offer, but they're also hugely useful in determining the earthquake risk for an area.   Science Alert - October 12, 2020 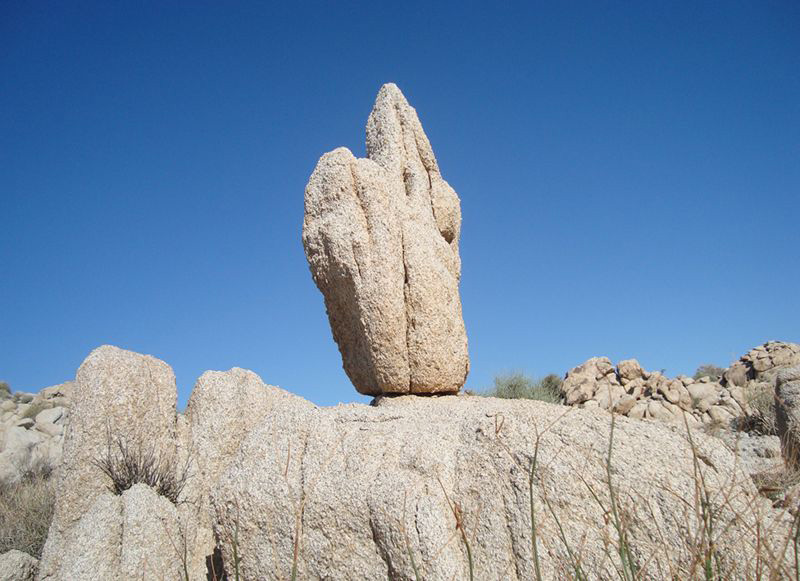 What wobbling rocks can tell us about nuclear safety   BBC - October 1, 2020
We've all seen them; we've even taken pictures of ourselves pretending to hold them up or to push them over. These are the precariously balanced rocks on a hill or a coastal cliff. It's as if the gentlest nudge would send them tumbling. In truth, the disturbance needed to unsettle the blocks is quite significant, and that got husband and wife geologists Drs Dylan and Anna Rood wondering about how these great stones could be used to decipher earthquake history. Think about it: if a precariously balanced rock has held its position for 10,000 years without tipping over, it means the land around the stone hasn't experienced shaking above a certain level in all that time.