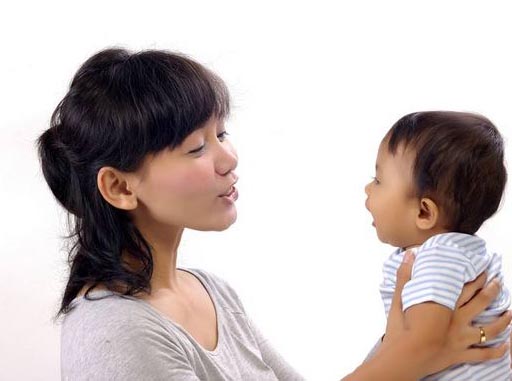 When you take care of a baby, you quickly learn that - short of letting you know when they are hungry, sleepy, wet, or teething - babies hate to be bored. The youngest infant likes to be propped up to explore their surroundings. Babies love to be outdoors and explore a constantly changing environment. They love videos, especially those geared for their level, and things that excite the senses, but don't overstimulate or frighten them. You can often tell from their focus and attention span, how they will develop in the years ahead. They are keenly aware of emotions and almost seem to have a sixth sense at times. And when they find something funny ... they can't stop laughing.


Babies Know What's Boring, Study Finds   Live Science - May 24, 2012
Babies may be sponges for learning new information, but they are indeed active sponges, with new research showing that babies as young as 7 months are able to parse out the too-complex and downright boring, homing in on situations with just the right amount of "wow, how interesting" learning potential. The study results provide evidence for an idea about baby cognition that makes intuitive sense. The thinking goes that babies organize their search for information in the world in a way that makes the most sense for efficient learning. If a baby looks at something and it seems too simple, suggesting there's not much learning value, he or she won't pay attention to that situation or object. The same seems to play out for things that are too complex, which would seemingly hold a trove of learning potential, but which is actually not an efficient use of their brain time.

In a study, Celeste Kidd, a doctoral candidate in brain and cognitive sciences at the University of Rochester, and her colleagues, tracked the attention patterns of 72 babies, ages 7 to 8 months, using an eye-tracking device just below a computer screen. As long as the babies stared at the screen, the events being played out continued; but as soon as they looked away, suggesting no more interest, the trial ended. The nonverbal participants quickly realized they were in charge, so if they wanted to continue watching, they just needed to keep their gaze on the screen.

In one of the experiments, the infants watched video animations of items, such as a pacifier or ball, being revealed from behind three colorful boxes. In dozens of trials, the researchers varied when and where the objects would appear on the screen, with the more complex sequences being the least predictable. For instance, a shoe may pop out of a pink box 10 times and then a blue box opens and a plane pops out, or the plane might pop up 100 times.


Inside a Baby Brain

The researchers used a computer model to figure out which patterns would be too predictable and those that would be way too complex. Essentially, the model acted like the researchers would expect an infant's brain to behave, going into a new situation not knowing a thing, meaning equally expecting an object to pop up behind any of the three boxes; over time, these expectations get updated based on prior observations.

Across two similar experiments, babies consistently lost interest when the video became too predictable, which meant the probability of a subsequent event happening was very high. For instance, if the shoe had popped up 20 times prior, it would be highly likely to pop up again, a subsequent event. "You would think that the more complex something is, the more interesting it would be. That's not the case with babies," study researcher Richard Aslin of the University of Rochester said in a statement.

The infants' attention and eye gaze, also drifted away when the sequence of events become too surprising, when the pattern seemed unpredictable due to the probability of something happening becoming very low. So if your little one is getting fussy by the little dance you're doing, change it up and add another move or sound to boost the learning potential.