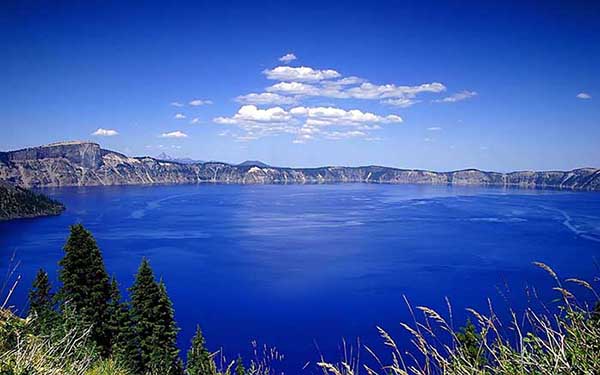 
Imagine a lake that's never been affected by climate change or any other man-made influences. Australian scientists say they have found just that - a remote lake whose crystal-clear waters seem to be in the same chemical state as they were about 7,500 years ago. Several other nearby former lakes have dried up over the past 40 years due to climate change. The lake's water has remained unchanged because its waters drain into a nearby swamp and are replaced by an aquifer every 35 days or so.


The Blue Lake in Mount Gambier, South Australia is a large monomictic lake located in an extinct volcanic maar associated with the Mount Gambier maar complex. It is one of four crater lakes on Mount Gambier. Of the four lakes, only two remain, as the other two (Leg of Mutton and Brown) have dried up over the past 30 to 40 years as the water table has dropped.

Conflicting dates have been estimated for its last eruption, of 28,000 years ago, 4300 years ago., and, most recently, a little before 6000 years ago. If the youngest date is correct, this could be the most recent volcanic eruption on the Australian mainland.

During December to March, the lake turns to a vibrant cobalt blue color, returning to a colder steel grey color for April to November. The exact cause of this phenomenon is still a matter of conjecture, but it is generally considered likely that it revolves around the warming of the surface layers of the lake during the summer months to around 20 degrees Celsius (70°F), causing calcium carbonate to precipitate out of solution and enabling micro-crystallites of calcium carbonate to form. This results in scatter of the blue wavelengths of sunlight. During winter the lake becomes well mixed, and recent research indicates that during this phase of the color cycle the lake is somewhat murkier due to the redistribution of tannins and calcium carbonate particles throughout the lake. Solar elevation has also been found to influence the perceived color of the lake. The movement of planktonic life-forms within the lake during the seasons and during the day may additionally play a part in the color change.

Twelve kilometres (7 mi) south west of Mount Gambier, accessed by taking the turnoff by the Bellum pub, is the Little Blue Lake. It is one of a number of small nearby lakes whose waters also used to turn blue annually. However, pollution from agricultural fertilizers has increased the nutrient levels of these lakes to the extent that they now remain a year-round green color. Swimming is discouraged and signs for the presence of blue-green algae have been erected. 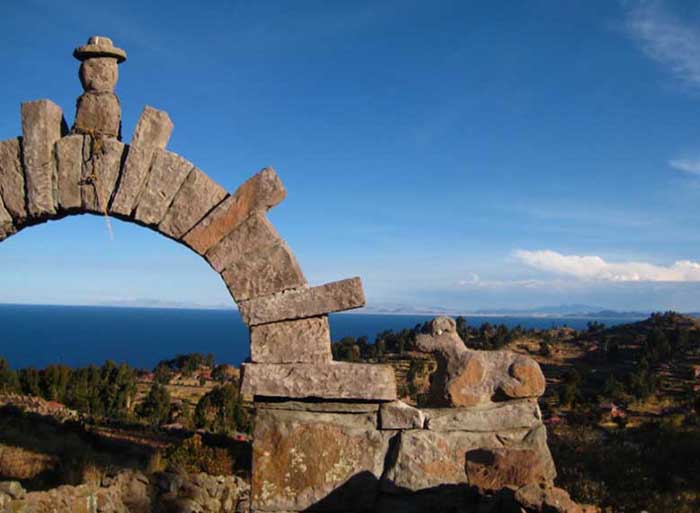