The Tribute in Light is an art installation of 88 searchlights placed next to the site of the World Trade Center to create two vertical columns of light in remembrance of the September 11 attacks. It initially ran as a temporary installation from March 11 to April 14, 2002 and was launched again in 2003 to mark the second anniversary of the attack. To date, it has been repeated every year on September 11. 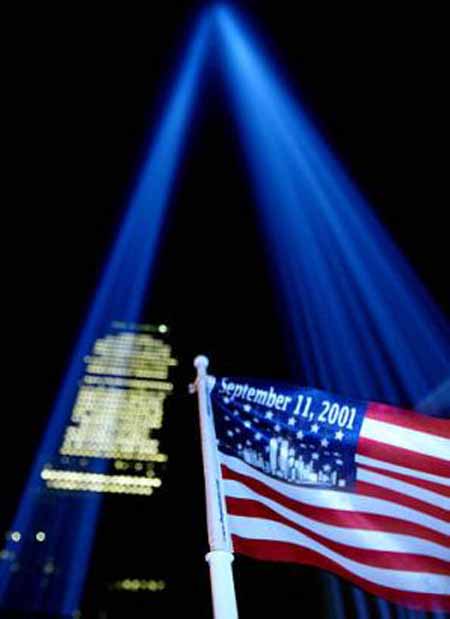 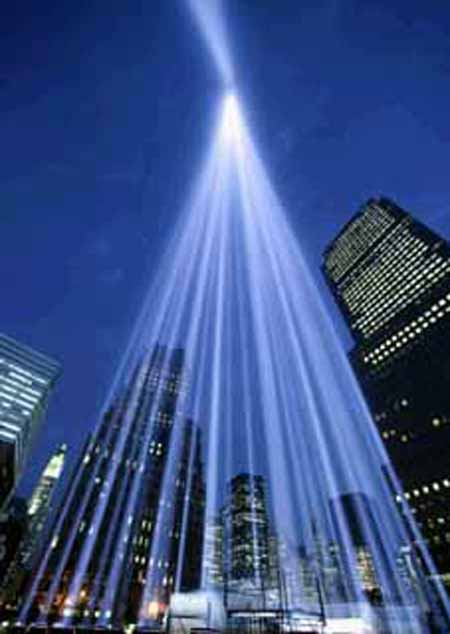 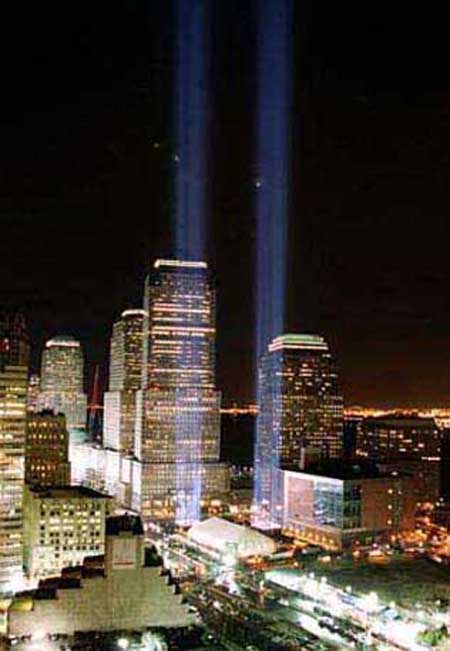 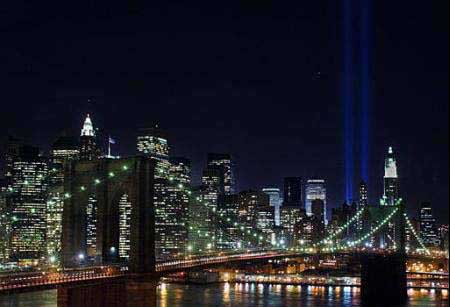 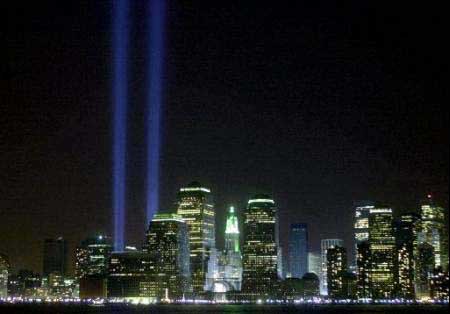 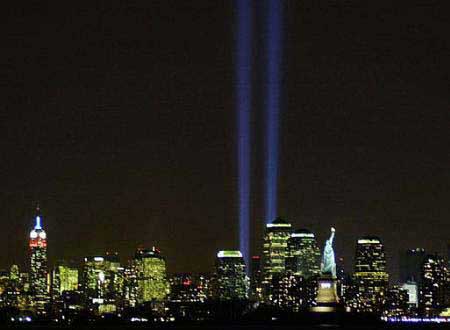 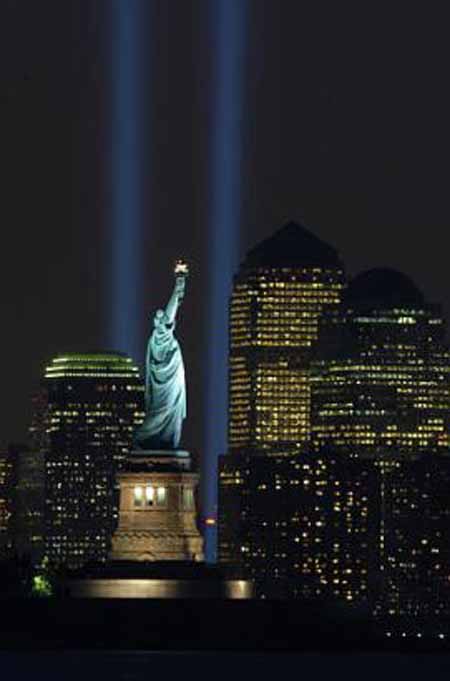 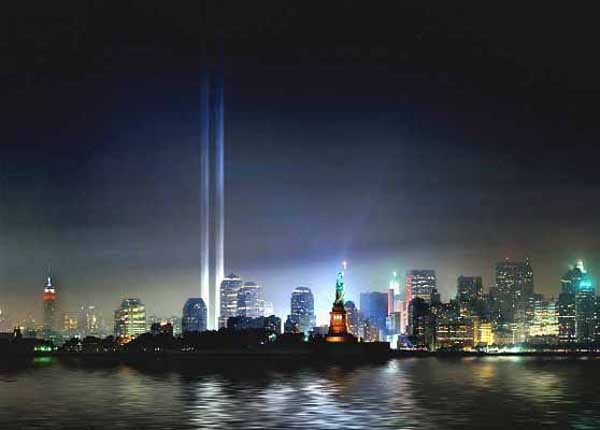