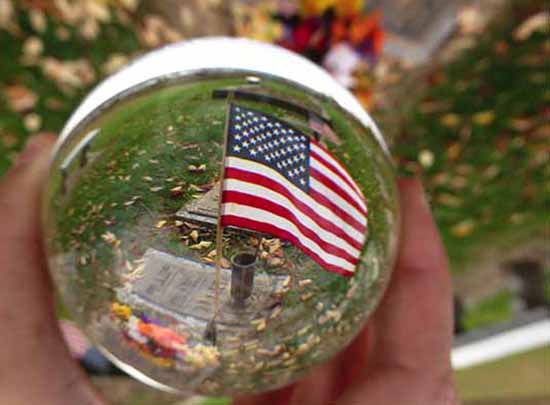 Over the past few days - once again I have been visited by some of the souls who died on September 11, 2001. Some were here because I was doing a reading with a loved one - others just stopping by after many years. I find it interesting that all concurred with my assessment of reality telling me that many souls have moved beyond this reality.


Few images are more haunting and memorable to me than personally witnessing the events of September 11, 2001with the feeling of reality as surreal. I can remember standing on my terrace and witnessing a plane hit the south tower - people screaming in the streets as they fled.

I remembering the billowing smoke that wafted south to where I live - the smell lingering for days - and dazed people walking over the Brooklyn Bridge. I remember turning on the TV as only CBS was broadcasting and starting to update my blog with events as they unfolded.

My daughter Nikki and her husband Ryan were working in the city that day and called to be sure I was safe and report what they saw.

Later in the day neighbors returned home by any means of transportation available - or they just walked for hours arriving with empty water bottles as tenants in the building sat in the lobby to greet them.

Cell disruption due to overuse further added to the chaos. Luckily I have a landline to stay connected. Today that would be lost for most people who rely on cell service for everything.

People were scared for so many reasons but most of all fear of the unknown which grounds you in physical reality ... all answers to unfold at the end of 'time'.

New conspiracies and lies were set in motion on 9/11 that would carry through until the end of time. We are still playing out that algorithm but upgraded due to technology.

9 means endings of a cycle in Numerology. 11 takes us to the 11 code many experience.

Images from 9/11 include emergency vehicles racing past my house long into the night - their sirens blaring - as few could sleep. Surely this was a dream and we would wake up to find it part of an illusion but Z assured me it was all meant to happen this way as the final chapter of our story unfolds ... again.

I felt no fear just surreal detachment but in truth that is my general state of consciousness in physical reality.

The events of 9/11 symbolized the first domino at the start of a new century and decade as people looked to the past and started to see patterns in humanity's journey.

The next morning I put on the TV and my computer noting that two million visitors had followed my blog on September 11. Once again I recognized that I was not placed in my current home by accident and that on some weird level I was connected to these events just as I feel about the pandemic today. These are end time inserts and markers of closure.

As I sat there I remembered standing in the cemetery in Staten Island a few days earlier, when aunt Rose was laid to rest at age 98, and my deceased Crystal relatives pointed toward the Twin Towers telling me many would die. Now that made sense.

In the days that followed people told me they had dreamed about a plane crashing into a building. Others who were asleep at the time had similar experiences but no one had specific facts meaning we can tap into the grids but as time is an illusion dates are irrelevant.

That day I remember someone from the government calling and asking me about a terrorist I had never heard of named Osama bin Laden. They wanted to know if he was in the country. Not that I saw but I told them they would find him in Pakistan after nine years of evading capture ... and they did on May 2, 2011.


Binary Code - By the Numbers


From the 2001 Insert - we segue to the summer of 2011 when I kept seeing myself sitting on the event horizon of a black hole, as if a little girl on a tire swing, watching flat images come out of a black hole and project into storylines of experiences. Later that year physicists and mathematician brought forth information about reality being a hologram also known as simulation theory.


We move to July 4, 2012 when the Higgs Boson was discovery at CERN using the Large Hadron Collider. That was the closing date of my story "2012 Sarah and Alexander", which was first published in 2003 in the same timeline and storyline as Dan Brown's book, "The Da Vinci Code" about the journey of the bloodline of humanity in the alchemy of time.


The next marker is 2020 which I knew would create the next insert of closure when I on blogged on New Year's Day. It was a presidential election year like no other and I knew whichever way the pendulum swung it would be part of closure. 2001, 2011, 2012, 2020 all involve Binary Code which guide the journey of humanity in physical reality.


On September 11, 2001 I watched people being wheeled into hospitals as confusion reigned and the country went into chaos yet with the feeling that federal leadership - good or bad - would get us through that crisis and on to the next.

It would have to be an economic crisis because the events of 9/11 happened near Wall Street symbolic of the economy - Masonic Symbolism which takes us back to my book "Sarah and Alexander" and "The Da Vinci Code" - the All Seeing Eye on the American Dollar Bill, Washington DC symbolism, storylines, archetypes, and architecture, and more above.

We never really recover from events like 9/11 but we go into a place of rebuilding, healing, and all that goes with it until the next insert takes us back to that emotional and physical space in which reality changes forever.

Today the democracy that our forefathers brought forth on this continent is once again challenged by enemies outside and sadly within the parameters of this government. Many events threaten our democracy - if such a concept truly exists.

From cyber attacks to broken and dysfunctional systems of life as people move to election day in hopes that a changing government can start to resolve the issues.

We live in the emotions of fear and anxiety on so many levels specifically the unknown. When the end comes - I believe many will welcome it and be happy for time spent here but grateful it's over.

People always ask me what's next when this is over.

I truly believe this is a simulation and we are part of something greater and once complete the person who we are sitting here reading this understands that we get deleted along with the illusion. I know that's a bit hard to grasp looking at it from a humanitarian point of view as we are programmed to do anything to survive with our egos intact. I doubt that is going to happen.

We know that systematically all systems are taking us out so all you can do is ... wait.


Freedom. We think we understand the concept but doesn't it usually signify hierarchy of one kind or another? Who is really free - those who take charge or the rest? We are 'the rest' and seriously need a rest but it doesn't seem likely until time and illusion sweep us away - which is imminent.

Freedom and enlightenment have been the goals since the human bio-genetic experiment began on planet Earth - with its various inserts - but in the cycles of time it tends to be unsustainable.

Currently Donald Trump is running for reelection in a country divided. It is doubtful that he will win. Books about him I've recently come out by Michael Cohen, bob Woodward, Trump's cousin Mary Trump among others who paint as a psychopath.


Here we are nineteen years later in a year once again filled with images of hospitals and essential workers trying to contain a pandemic while the search goes on for a vaccine and cure for COVID-19.

When things shut down in the city in March 2020 it was almost as surreal as 9/11. One minute you were out and about and the next you're grabbing groceries and toilet paper from local stores and being told to quarantine at home for an unspecified period of time.

This year is like no other in that everything is global - from the pandemic, to climate change and natural disasters whirling around us like a tornado - with an image of spiraling consciousness emerging from this dream.

Reality is becoming more and more virtual - from the way we educate, work, and handle much of our lives. It is a way of showing humanity that we exist in a virtual simulation and though we are programmed to interact we came in alone - a 'single soul' having a physical experience in the illusion of time.

I wonder if Covid is programmed to take out most of the population of Earth if not all - it is End Times you know. Sounds crazy but nothing makes sense anymore and I just don't see an end to Covid. By the way many first responders with 9/11 related illnesses have died from Covid-19.