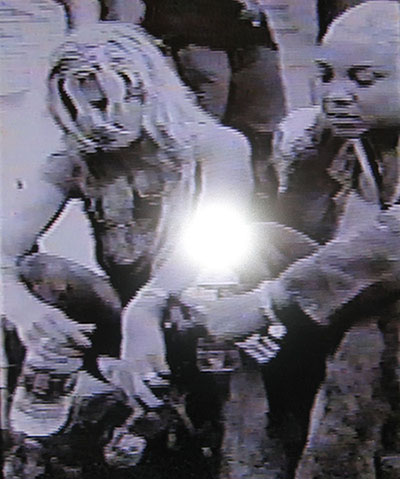 My name is Ellie Crystal. I've spent all of my life in New York City, a place with a million mysteries, and the focal point of global economics and diplomatic policy. From Wall Street to the U.N. - nothing competes with the energies of the city - both positive and negative.

Last night I had dinner with my friend Pat in lower Manhattan where security was in place for 9/11 services as New York City remains an enduring target for terrorism. You can watch the events online or on TV. You can also "tune in" to the energies of those who died 12 years ago by "looking up" and making a connection. Take a moment to reflect on your life over that past 12 years ... noting how much has changed. Today, as the nation honors those who were lost, the weather in the city is hazy, hot, and humid with temps in the 90's. That always speaks to me of spirits. We live in a reality of hidden agendas. 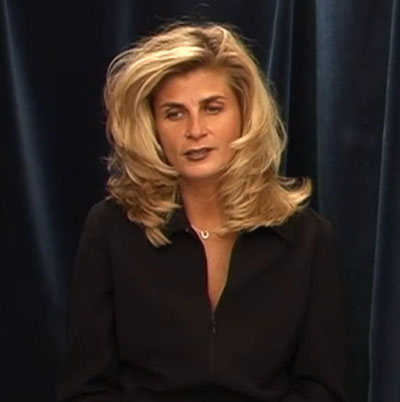 This year on 9/11/13, I spent time with my neighbor Joanne Capestro who almost died on 9/11. At the time was an executive assistant for Euro Brokers. She described her experiences in the North Tower as she ran down 84 floors to safety. Along the way she fainted and was saved by a firefighter, then later a police officer who guided her to safety. Once outside Joanne ran and ran and ran then hid under a car as things collapsed around her, the wounded and dead all around, some co-workers There were many who gave her comfort along the way including a priest from the local church.

The video consists of interviews by people in her company about their 9/11 experiences. The flash from my camera on the TV screen looks as if she was protected. Joanne watched people she knew die. She suffered from survivor's guilt and post-traumatic stress disorder for 16 months. She has always been active in the 9/11 memorial dedications at Ground Zero. She received many calls in the past few days, but this year she decided she couldn't be around those energies anymore. She may never fully recovery from the events that day, but she has come a long way, and most of all takes care of herself. She is a beautiful soul who loves to help people.

Last night Joanne stopped by to tell me that the 9/11 stories of 5 people had permanently been selected, and could be heard, at the new 9/11 Memorial Museum. She was one of those people. Saturday she visited the museum and found it to be emotionally depressing and not for everyone. She feels immortalized in the energy of the events of that day, yet every time we talk about it, I can feel her trauma. I believe rehashing dramatic events does not allow people to move forward and heal.

Visitors to the museum, and those who were there, will reflect on the past while looking toward the future with optimism, but the tempered sort of optimism that comes with growth and experience - the understanding that while there will be bad days and worse days, the world is not an inherently dark place, and that the good, once found, can last forever in one form or another, if not always (or often) the form we'd find most ideal. 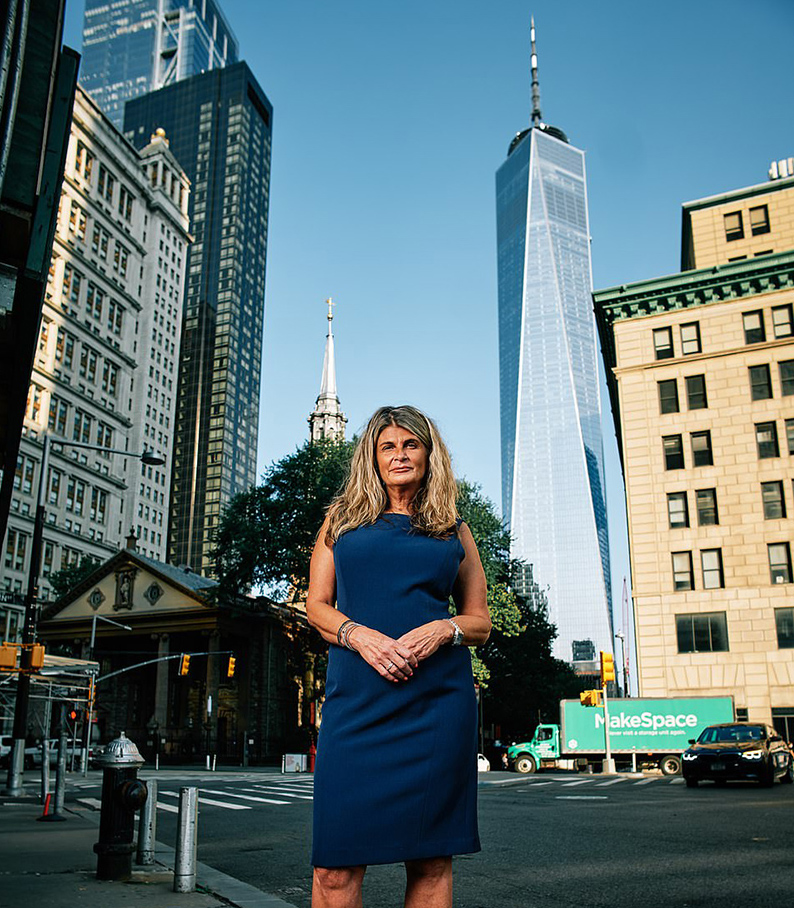 On the 20th anniversary of 9/11 Joanne Capestro appeared on a History Channel Special,
the MSNBC documentary Memory Box: Echoes of 9/11, and the Today Show. 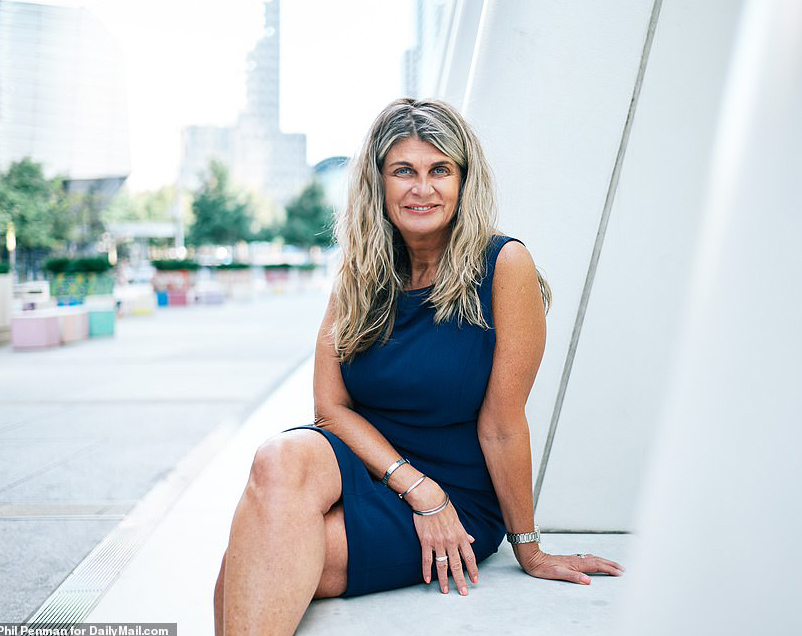 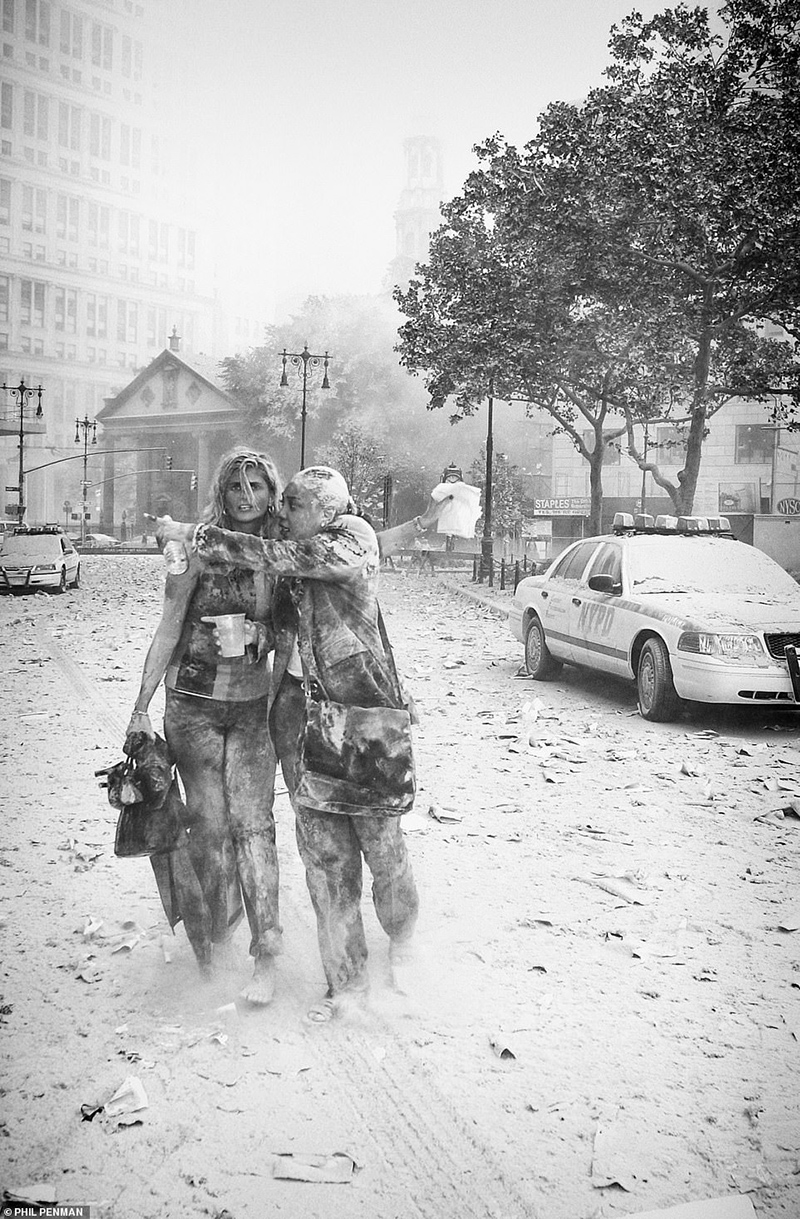 More Pics and Story from the Daily Mail